Please ensure Javascript is enabled for purposes of website accessibility
Log In Help Join The Motley Fool
Free Article Join Over 1 Million Premium Members And Get More In-Depth Stock Guidance and Research
By Maurie Backman – Jan 15, 2019 at 7:23AM

Being friends with your manager can backfire in an unexpected way.

In the course of any given job, it's not uncommon to find yourself bonding with colleagues and ultimately become actual friends with them in the process. But while it's one thing to develop personal relationships with your peers, befriending your boss is another story.

When you become friends with your boss, it puts both of you in a potentially uncomfortable position. Suddenly, you're in a situation where you're equals outside the office, but within the confines of work, not so much. As such, personal conflicts could become career-damaging for you.

On the flip side, having a personal relationship with your boss means that he or she is likely to extend a degree of loyalty and courtesy to you that others might not get, or at least not to the same extent. Furthermore, your friendship with your boss could end up working out in your favor in situations where you and a peer are up for the same promotion. 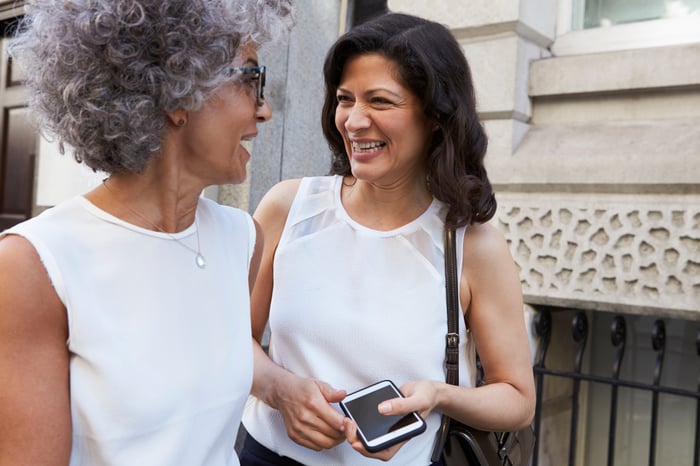 Then again, maybe not. A study published in the Journal of Experimental Social Psychology found that managers are actually more likely to pass over their friends and reward employees with whom they don't have a personal relationship to avoid perceptions of favoritism at the office. And in situations where the reward process is public in nature, managers are even more likely to favor the folks they don't have a personal connection to.

Though these findings might seem counterintuitive, in many ways they make sense. Managers who are known to be friends with their subordinates have their own reputations on the line, and to come off as favoring certain employees over others could be career-damaging in its own right. What's interesting, however, is that as per the aforementioned study, managers are more likely to reward employees they're not friends with even if they're slightly less deserving of whatever the reward in question is. It therefore raises the question: Could being friends with your boss actually hurt your career?

Some employee-boss friendships develop over the course of a working relationship, while some exist prior to one. If you're offered the opportunity to work for someone you're already friends with, you might want to turn it down, and for several reasons. First, if the job doesn't work out well, or if you find that your friend acts differently at work, and not in a good way, it could jeopardize an otherwise solid preexisting relationship. Furthermore, chances are, your boss will need to disclose in some shape or form that he or she knows you prior to hiring you. And that could start off your tenure on shaky ground.

Imagine you're hired by a friend and excel at the job, thereby earning yourself a promotion. It could very well be that you deserved it, but chances are, there'll be talk that you only got it because of your relationship with your boss. Or, the opposite might hold true -- your boss, and the company, might be biased against you because of that preexisting relationship, thereby stunting your career growth. No matter how you look at it, it's just not a great spot to be in.

Developing a friendship in the course of working for someone, meanwhile, is a little different. In that scenario, you're not going into the job knowing your boss, but rather, are taking a strong work-based relationship to a different level. That's not necessarily a bad thing, but you might want to keep your friendship on the casual side. You can grab lunch with your boss, or maybe a drink or dinner after work, but think twice before making plans to take your families on a weekend getaway. The closer you get to your boss, the more your friendship will become obvious to the rest of the company, at which point your manager might feel compelled to hold back on rewarding you to avoid accusations of playing favorites.

Navigating work relationships is a tricky thing. While it's certainly good to establish some sort of personal connection with your boss, you might think twice before turning your relationship into an actual friendship. Otherwise, your career and salary might take a hit, even if you'd expect the opposite to happen.