Please ensure Javascript is enabled for purposes of website accessibility
Log In Help Join The Motley Fool
Free Article Join Over 1 Million Premium Members And Get More In-Depth Stock Guidance and Research
By Maurie Backman - Aug 1, 2018 at 6:49AM

It's a tough decision. Here's how one Fool reconciled it.

Back in the day, I worked full-time for an electronics company where I got to collaborate with fun, creative colleagues and help design some really interesting products. Not only were my coworkers great, but my boss was also a downright wonderful human being with whom I got along really well -- so well, in fact, that we started spending time together outside the office. That generally meant going out to lunch together a few times a week or grabbing the occasional drink after work, and I was good with that. But when I decided to host a barbecue for a bunch of friends one summer, I was torn as to whether I should include my boss on the guest list.

Since a few of my co-workers were invited, I knew he'd fit right in and have plenty of people to talk to. Rather, my hesitation stemmed from the fact that doing so would possibly turn us into actual friends. And I wasn't sure how I felt about that. 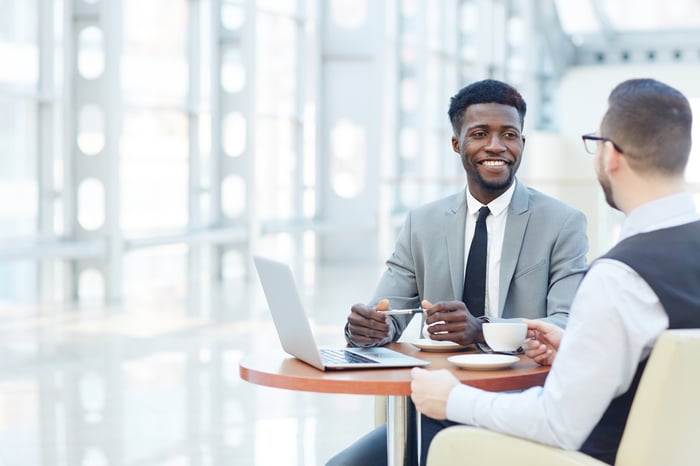 I'm sure I'm not the only person who's faced the "befriend the boss or not" dilemma. And frankly, my conflict was understandable. Boss-employee friendships can be complicated, much more so than relationships with workplace peers. Maybe it was the imbalance of power at play that made me uneasy. Maybe it was my fear that if I angered my boss on a personal level, it would translate into an unpleasant work situation. And that's why I toyed with that guest list -- and the greater issue at hand -- for quite some time.

To befriend your boss or not: that is the question

Establishing a friendship with a manager certainly has its benefits. For one thing, the closer you grow outside the office, the better your boss is likely to treat you inside the office. That means you might get a bit more slack when it comes to things like pushing back deadlines, leaving early as needed, or working from home. And while your boss will probably claim not to play favorites, the next time a promotion comes up, there's a good chance your name will make it to the top of the list.

There's also something to be said for getting to work directly with someone you relate to on a personal level. We spend so much time at the office that having a boss you consider a friend could make for a much more pleasant, fulfilling experience.

But then there's the downside to look at. Being friends with your boss means automatically commingling your work life and personal life. That's not necessarily a healthy thing. Plus, if a personal conflict does arise, you'll have to worry about its impact on your career.

Even if things never sour with your boss, your co-workers might come to resent the fact that you and your manager are buddies. And that could strain those relationships and hurt your career in other ways.

So what's the solution? Mine was to keep our friendship casual. I would continue to join my boss for lunch or happy hour, but for the most part, we only socialized during or immediately after working hours. I also made a point not to share too many details with him about my personal life, and now that I think about it, he was equally guarded.

And frankly, that arrangement worked out well for us. Had I invited my boss to hang out at my home, it would've crossed a line I just wasn't comfortable with, so instead, we maintained what I like to call a low-grade friendship. Several months later, my manager left the company, and we stayed in touch for a while until he moved away and our communications grew increasingly sporadic. But whenever his name comes up, I think fondly of the time I spent working for him, all the while being grateful that I had the good sense not to add his name to that guest list.