Would you do the same?

Sometimes, we need to be willing to make major changes to further our careers, and that includes uprooting our lives when the right opportunity arises. In fact, 62% of workers are willing to relocate for a good job, according to a new survey by staffing firm Robert Half.

Not surprisingly, workers aged 18 to 34 are the most likely to relocate for employment purposes, with 76% indicating a willingness to move for a job. That makes sense, since younger employees are less likely to have children or own homes than their older counterparts, making the concept of moving far less daunting.

If you're thinking of relocating for a new job, know that there are plenty of good reasons to consider going that route. At the same time, be sure to understand some of the challenges you might encounter before making the leap. 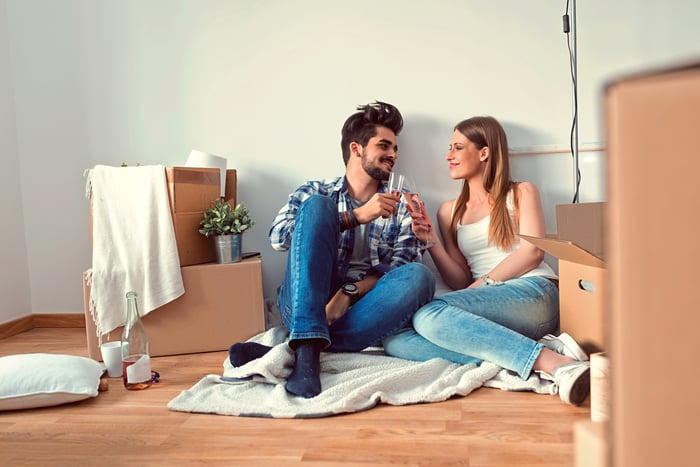 Will the expense of moving bust your budget?

The average cost of an in-state move is roughly $2,300, according to the American Moving and Storage Association, and for the average interstate move, it's $4,300. If your company will be picking up the tab for your move, you may not need to worry so much about what it costs. But if you're covering that expense solo, it's another story.

While an estimated 34% of companies have beefed up their relocation packages for employees over the past five years, 30% don't provide financial assistance for moves at all, leaving workers to bear the brunt. But whereas it used to be that you could snag a tax break for moving for job-related purposes, nowadays, that benefit no longer exists in the form of a deduction.

In other words, if it costs you $5,000 to move across the country for work and your employer won't pick up part of the tab, you'll be out that entire sum. And that's something you'll need to budget for, because the last thing you want to do is rack up debt in the process of getting a new job.

Will your salary hold up in your new city?

While you might get offered a higher salary at a job based in a different part of the country, you won't benefit financially if your new location comes with a higher cost of living overall. Imagine you're offered a $10,000 salary bump for a job in another state. If it costs an extra $1,000 a month to rent an apartment there that's similar in size to the modest one you have today, then you won't come out ahead financially by accepting that offer.

Also, keep in mind that if you relocate for work and get financial assistance from your company for doing so, you'll probably be on your own should the job not work out and you decide to move back. If you're going to move for employment purposes, choose a city or area with a thriving job market. This way, you won't necessarily need to uproot yourself once again to find work.

Relocating for a job is a move that can work out well professionally, financially, and logistically. Just be sure to understand the expenses and pitfalls involved, and plan for them accordingly.