Please ensure Javascript is enabled for purposes of website accessibility
Log In Help Join The Motley Fool
Free Article Join Over 1 Million Premium Members And Get More In-Depth Stock Guidance and Research
By Maurie Backman – Feb 6, 2019 at 7:08AM

It happens to the best of us -- but you need to push back.

In the course of our jobs, it's natural to land in situations where our work doesn't conclude at 5:00 or 6:00 in the evening, or whenever we're supposed to shut down our computers and call it quits for the day. Whether you work for a tech company, publisher, or financial firm, there's a good chance you'll encounter numerous scenarios in which emergencies arise and you're called upon to log on after hours to address them.

But what happens when you're asked to work after regular hours all the time? On the one hand, it's nice to be the go-to person at the company your boss trusts, and if you keep stepping up, it's a good way to land yourself a promotion or raise. On the other hand, it's also a good way to destroy any semblance of work-life balance you might've had. If you can't remember the last time you weren't asked to work late, here are three things you must do immediately. 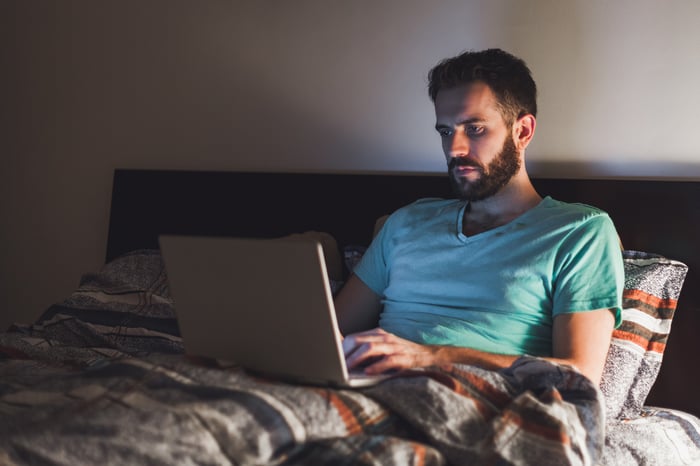 It's one thing to be a team player and step up once a week to handle late-night emergencies. But when you do it almost every night, you risk destroying your personal life and creating a situation in which you're too exhausted and burned out to do your job effectively the next day. A better bet? Sit down with your manager and explain that while you're willing to work late, say, up to two nights a week to help out in a pinch, you can't do it every night. And while you really shouldn't have to say anything more than that, you can explain that your constant late-night work sessions are eating into your personal time, thereby creating stress that you don't want to see impact your overall performance.

2. Put off nonurgent matters until morning

There's a difference between expressly being asked to work after hours versus being asked to address a work issue as soon as possible. Just because your boss emails you after hours to look into something important doesn't mean you're actually expected to do it at 10:00 at night. Therefore, unless your boss follows up his or her late-night requests with a specific "please do this now," start putting them off until morning.

After-hours emergencies often can't be helped, but that doesn't mean the bulk of the burden has to fall on you. If you're constantly being asked to burn the midnight oil, identify some colleagues with similar capabilities to yours and ask your boss to implement a rotation system in which you take turns logging on late at night. Does that mean throwing your coworkers under the bus? Perhaps, to an extent. But if the work at hand is just as much their responsibility as it is your own, there's no reason to keep bearing the brunt and giving them a free pass.

Working after hours once in a while is a bummer. Doing so night after night, however, can really destroy your work-life balance and impact your state of mind. Rather than subject yourself to that taxing schedule, set some boundaries, start putting off requests that aren't actually urgent, and find ways to better split the load with your team. Doing so will help you maintain a more reasonable schedule -- one that allows you to make the most of your time during regular business hours.