Please ensure Javascript is enabled for purposes of website accessibility
Log In Help Join The Motley Fool
Free Article Join Over 1 Million Premium Members And Get More In-Depth Stock Guidance and Research
By Maurie Backman – Mar 24, 2019 at 8:18AM

Are you afraid of losing your job? Here are some of today's workers top concerns.

If there were such a thing as guaranteed employment for life, many workers would no doubt sign up for it. Unfortunately, such a provision doesn't generally exist in the workforce. As such, you'll often hear stories of otherwise solid employees getting fired out of nowhere, or long-term workers getting downsized out of a job. It's no wonder, then, that 77% of Americans believe there are threats to their current roles, according to new data from Monster.com. Here are some of workers' top fears in this regard -- and what to do about them.

A good 20% of workers worry that all it takes is for a new management team to come in for them to be out of a job. If that's your concern, get ahead of it. Introduce yourself to your company's new team once it's established, and offer to serve as a resource whenever possible. At the same time, read up on your company's new management team to get a sense of its style and past accomplishments. If you're able to identify some goals it might be striving for and help work toward them, you'll buy yourself a little job security in the process. 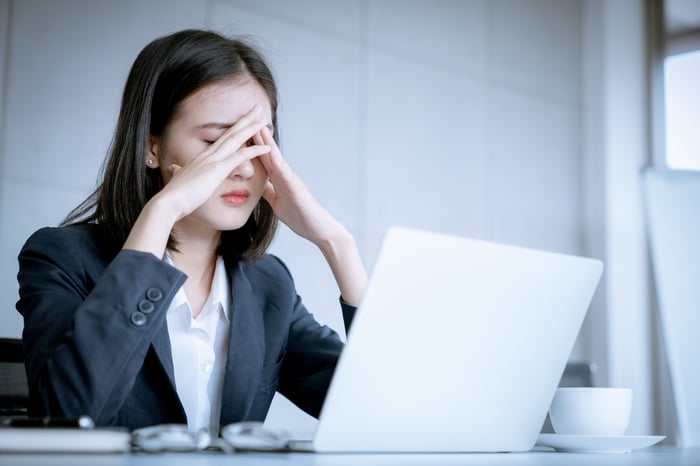 2. A toxic boss or working environment

Toxic workplaces are no fun, and 19% of employees worry that a shift in that direction might leave them unemployed. Now the reality is that you're generally better off leaving such an environment than getting trapped in it, but if you'd rather be the one to make that call (as opposed to having a new manager storm in and make it for you), aim to lay low during periods of high stress and avoid conflict with the folks in charge -- especially if they've already proven themselves to be rude or unreasonable. But for sanity's sake, send out your resume while you bide your time, because a workplace that's truly gone toxic isn't the right place for you in the long run.

Layoffs can happen to the best employees out there, which is why 17% identify them as the one thing compromising their job security. But while you can't always prevent them, you can increase your chances of riding one out. To start, aim to have a unique skill that no one else at your company possesses. At the same time, get involved in various areas of the business so that you're more well-rounded than your peers. If you do, your employer will have a harder time letting you go.

The economy tends to be cyclical in nature, which explains why 16% of workers cite an upcoming recession as the reason behind their job insecurity. Most employees, in fact, think our next recession is likely to happen within the next two years. In the meantime, however, do your best to keep building your skills and making yourself the most valuable worker you can be. If you do, you're more likely to remain employed if the economy does take a turn for the worse.

A good 15% of employees say that their job-related insecurity stems from a fear of being replaced by younger workers. If you're an older or mid-level employee who feels this way, the answer is simple: Stay current. Rather than grow complacent in your role, keep growing your skills and exploring new industry trends. You can do so by doing some reading online, or, better yet, by attending industry conferences and expanding your business network.

Industry changes are the reason 14% of workers are afraid of losing their jobs. If you're one of them, the aforementioned advice holds true: Keep your skills current, continue learning, and do everything you can to stay on top of new trends. At the same time, be willing to invest time into learning whatever new skills are necessary to continue succeeding in your role.

The fear of losing your job to a robot is a valid one, depending on the industry you work in, and 10% of employees today have this concern. To avoid that fate, educate yourself about your industry and the extent to which technology is likely to take it over and make your job obsolete. At the same time, work on improving your interpersonal skills, because that's one area where you clearly have an advantage over a machine. Finally, embrace whatever changes hit your industry rather than resist them. The right attitude could spell the difference between riding out a tech wave or finding yourself out of work.

Nobody wants to lose a job unexpectedly. If any of these fears apply to you, face them head-on. It's a far better bet than walking around in a state of underlying panic and driving yourself crazy in the process.