There's nothing wrong with working toward a promotion at work. But if you're not careful, some of the things you do or don't do in the course of your job could wreck your chances of climbing the ranks. And the worst part? They may not all be obvious. With that in mind, here are five things you might be doing to derail your career and prevent a promotion from happening.

Many workers complain from time to time, whether it's about deadlines, demanding bosses, or boring projects. But if you're not mindful of how frequently you complain, you might get a reputation for being a real office downer. And once that happens, your boss might hesitate to promote you for fear that if you take on a more high-profile role, that negativity will just spread. 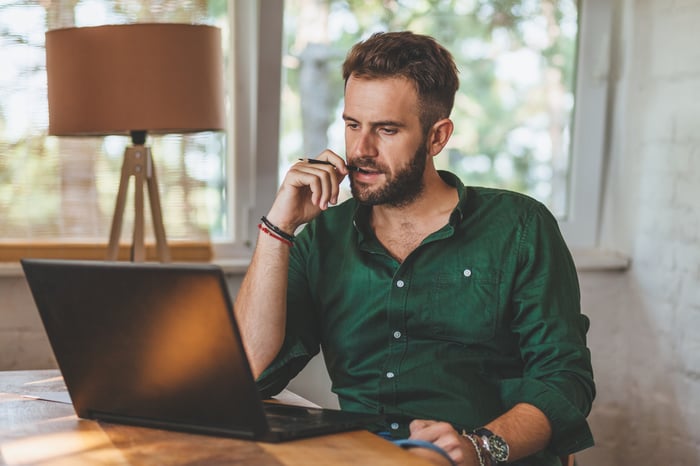 2. You're not at all humble

Talking up your accomplishments to the point where it comes off as bragging is a good way to convince your boss not to promote you. This especially holds true if you're seeking out a leadership role. When you hog the credit and constantly talk yourself up, you hurt others' morale and actually discourage teamwork. And you can bet that's not what your company wants.

3. You don't work on building better relationships with your peers

If you're seeking a promotion, you probably know that it's important to establish a solid relationship with your manager, since he or she will likely have a large say as to whether you move forward at the company. Developing good relationships with your colleagues, however, is just as important. If they don't respect you or work well with you, they won't want to potentially report to you once you climb the ranks.

4. You take on too many new things at once

If you're looking to move up at your company, you might think that your ticket to doing so is taking on multiple new projects and rocking each and every one of them. The problem with that approach, however, is that you risk overextending yourself and falling down on those assignments rather than excelling at them. Furthermore, if you take on too many new things, you might start to neglect your old responsibilities -- ones that may not go away for a long time. And that might lead your boss to question your ability to effectively manage your time and workload.

5. You're sitting back and waiting for things to just happen

Promotions don't always magically land in people's laps. Sometimes, you need to actively express your desire to get one in order to make it a reality. If you don't sit down with your boss and lay out your expectations, he or she might assume that you're happy with the status quo, so keeping your desire to get promoted bottled up isn't going to help your case.

The last thing you want to do on the road to a promotion is to inadvertently sabotage yourself. Avoid these mistakes, and with any luck, you'll wind up getting the career boost you're hoping for.