Consider this a heads-up to plan accordingly.

Having children is an experience unlike any other, especially in the early stages of caring for a newborn. Between constant feedings and diaper changings, sleepless nights, and the fact that most day care centers won't accept infants under a certain age, many new parents are forced to take time off from their careers, at least for a number of months.

Some parents, however, opt to take much longer career breaks, staying at home to watch their kids not only during their infant and toddler years, but all the way through grade school. Often, the decision is a financial one. For families with multiple children, it often doesn't make economic sense to pay for full-time care that will virtually (or completely) wipe out an entire salary. 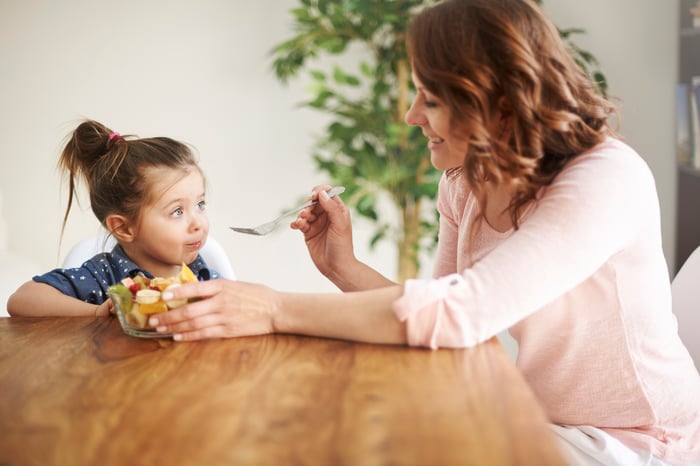 The decision can be an emotional one, too. Some people can't bear the thought of not being totally present during their children's formative years, and are willing to make major financial sacrifices, like downsizing or giving up vacations, to become stay-at-home parents.

No matter what choices you make for yourself after having kids, know that you should be proud of the effort you're making to contribute to your family in one way or another. At the same time, if you do decide to opt out of the workforce for a period of time, don't assume that you'll actually stick to that plan. In a just-released FlexJobs survey, 58% of stay-at-home parents said that they wound up taking longer career breaks than expected after having kids. And that's something you might need to plan for as well.

Childcare costs aside, for some parents, the idea of managing a full-time work schedule and young kids simultaneously is enough to drive the decision to take some time out of the workforce. And if that's your intent, go for it. At the same time, you should prepare for the possibility that you might be out of work longer than expected for a number of reasons, and make sure you can swing that financially.

Why might you end up taking a longer break than anticipated? For one thing, you may not be emotionally ready to return to work as per your initial time frame. Furthermore, you might encounter child care issues that force you to extend your leave, such as if your trusted day care center closes and there's a four-month waiting list to get your child into the next best option (make no mistake about it -- this can easily happen).

In addition, you might encounter a scenario where you want to go back to work as per your original timeline, but can't easily find a job after having been a stay-at-home parent for a longer period of time. In most cases, your employer will only hold your job for a certain amount of time so that if, for example, you're expecting to take two years off to stay home with a child, you'll likely have to start a job search from scratch once that period wraps up.

That's why if you're going to become a stay-at-home parent for any period of time, make sure you're ready for it financially. Amass some savings so that if you end up not working for many months (or years) more than expected, you have cash reserves to replace that missing paycheck of yours. At the same time, do your best to stay in touch with colleagues and professional associates while you're out of the workforce, and aim to keep your skills current. Doing so will increase your odds of getting to return to a job when you feel ready, as opposed to being forced into more of an extended break than you'd care to take.