The wage gap is still very much alive and well in today's workforce. It's estimated that women earn roughly $0.80 for every dollar taken in by their similarly qualified male counterparts, and that's a glaring point of contention and frustration for female employees at various career levels.

But there may be some hope on the horizon. California Senator and presidential candidate Kamala Harris recently released her plan to close the gender pay gap by holding companies responsible for fair compensation practices. And that's certainly a bit of encouraging news for underpaid women across the country.

How the plan works

Under Harris' plan, companies will be required to obtain an equal pay certification to prove that men and women are being compensated equally for comparable work. To receive that certification, companies will need to demonstrate that they're paying workers based on experience, performance, and merit -- not gender. Companies will also need to disclose their compensation strategies and policies to ensure that they align with the best-practice standards spelled out in the plan. 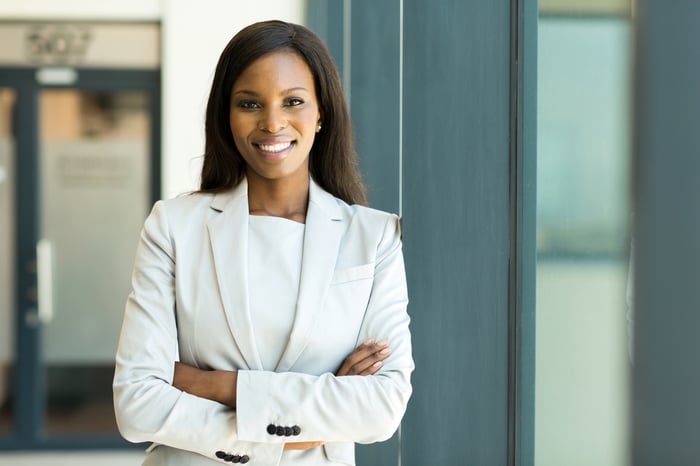 Interestingly, one component designed to ensure fair pay practices will be to ban companies from inquiring about salary history as part of their hiring process. Currently, a handful of states and cities impose a similar mandate.

Companies will also be required to submit statistics on the percentage of women in leadership roles. Women are often passed over for promotions due to underlying gender bias, so this feature of the plan is designed to help correct for that. In addition, companies will be required to submit data on the percentage of women versus men who fall within the company's top earners.

The kicker? Companies that fail to obtain an equal pay certification will be fined for each day they're perceived as discriminating based on gender. For every 1% wage gap that exists between men and women after taking factors like experience, job title, and performance into account, companies will face a fine of 1% of their average daily profits, as based on numbers reported during the past fiscal year.

Finally, companies will be required to disclose whether they're equal pay certified on their websites. An absent certification could, in turn, lead to hiring difficulties among female and male candidates.

Small steps for now, hope for the future

It's too soon to know whether Harris' plan will come to fruition, but for now, women can secure equitable wages by being their own advocates. Specifically, those who feel they're underpaid should research salary data for their roles to see how their earnings stack up, and present any glaring gaps to their managers. They should also document any and all incidents of blatant gender discrimination, and consider reporting them to the Equal Employment Opportunity Commission. Women also shouldn't hesitate to push for promotions and voice their concerns if they feel they're being denied advancement for no reason other than gender. The more female employees stand up for themselves, the greater our chances of fostering change on a nationwide level.