Please ensure Javascript is enabled for purposes of website accessibility
Free Article Join Over 1 Million Premium Members And Get More In-Depth Stock Guidance and Research
By Maurie Backman - Jul 16, 2019 at 8:19AM

If you're a valued employee, your manager might stop at nothing to get you to stay -- even when you're eager to leave.

After months of contemplating leaving your job, you've finally taken the bold step of handing in your resignation letter. But what happens when your boss doesn't accept your decision?

If you're a valued employee, your manager might try just about anything to get you to stay, whether it's offering you more money, a promotion, or a combination of the two. The question is: Should you stay on board when your company suddenly makes the idea of that more enticing? Or should you stick with your plan to move on?

What's your reason for leaving?

Whether it pays to stay with your employer in this type of scenario very much depends on your reasons for wanting to leave your job in the first place. If money is an issue, and your company is willing to increase your salary to match whatever other offer you've gotten (or to boost your earnings enough that you're more than satisfied with the end result), then it may make sense to stay put if that point of dissatisfaction is addressed and resolved. Similarly, if your motivation to leave stems from the fact that you feel stuck in a dead-end role with no hope of getting a promotion, then a title change with added responsibilities could be enough to entice you to stay. 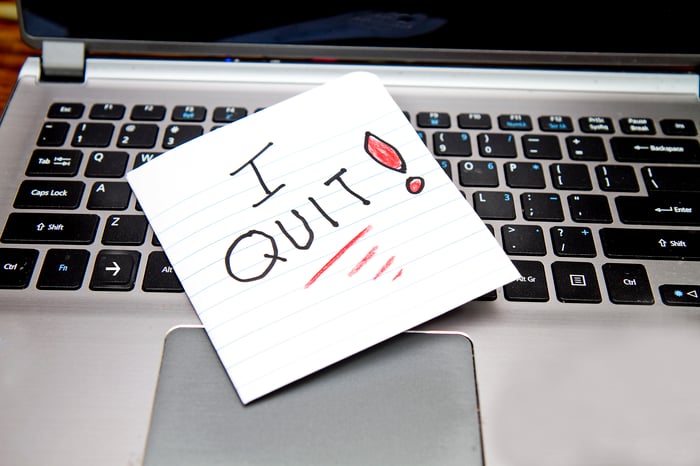 On the other hand, if you were itching to leave your company because you don't like the culture, don't think your management team is supportive enough, or don't think your options there align with your desired career path, then staying put ultimately won't make you feel any better about those things, even if you're offered more money or a better job title along the way. Sure, an extra $500 a month in your paycheck might make a bad job worthwhile for a short amount of time. But if you're bored or miserable, you can only keep doing it for so long.

Another thing to keep in mind is that your manager might harbor some bitterness toward you if he or she feels compelled to sweeten the deal to get you to stay. As such, if you agree to stick with the company for another year or two, you may have no choice but to endure a strained relationship with the person you report to, which could make for a very uncomfortable situation.

Ultimately, the question you really need to ask yourself is: Will things improve if I stay?

If you feel that they will, and you're not passing up another incredible job offer by virtue of staying, then you might as well give your company a second chance -- especially if it comes with a solid incentive, like a giant salary bump or the promotion you've been vying for. But if you're convinced you still won't be happy despite earning more money or having a better job title, then it pays to stick to your original plan.

Remember, if your boss is so eager (or desperate) to keep you around that he or she is willing to make it worth your while, then chances are, you'll have the option to come back if you try out a new company and don't end up liking it there, either. But you won't know if there's a better job out there for you until you try working one.