Please ensure Javascript is enabled for purposes of website accessibility
Log In Help Join The Motley Fool
Free Article Join Over 1 Million Premium Members And Get More In-Depth Stock Guidance and Research
By Maurie Backman – Aug 7, 2019 at 6:51AM

There's nothing wrong with asking for a raise, but go about it the right way.

Maybe you've brought home the same salary for years and are tired of being stuck in that earnings rut. Or maybe you did some research and discovered that you're statistically underpaid for your position or industry. No matter the circumstances, it pays to ask for a raise at work if you feel you deserve that boost.

And chances are, you'll be successful to some degree. A recent survey conducted by Zoro, an e-commerce company focused on industrial tools and supplies, found that about 81% of workers who ask for more money get some sort of pay boost. Not only that, but salaried employees also received an additional $2,370, on average, after requesting a raise. 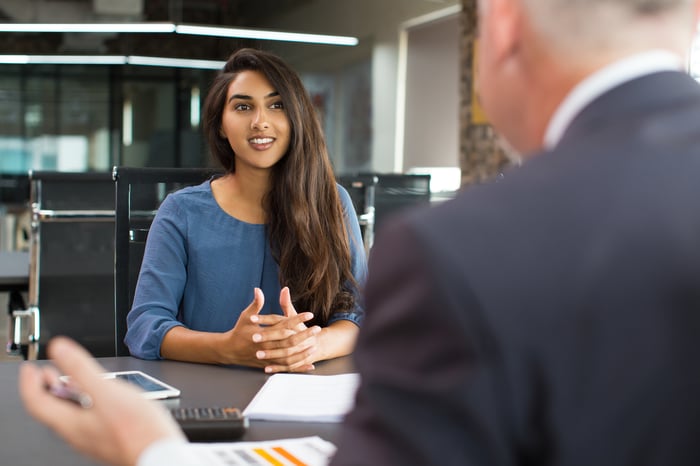 Now, there are different tactics you can employ in pursuit of that salary boost. You could, for example, research the salary range of positions similar to yours, time your request to follow a major milestone or accomplishment on your part, or even broach the topic during a positive performance review.

But there are certain controversial strategies you're better off avoiding in the course of requesting a raise. In the aforementioned survey, these were the most commonly cited questionable tactics.

1. Using seniority to justify a raise

While there's nothing wrong with doing your research to ensure that your compensation aligns with your experience level and job description, don't use seniority alone as a reason to demand more money at work. Instead, talk about the ways you add value as an employee, and have done so over the years.

2. Comparing your performance to that of your colleagues

It's perfectly OK to talk up your own talent and value in the course of arguing for a raise. But don't throw your co-workers under the bus in an effort to eke out more money. By putting them down and attempting to portray yourself as a much stronger performer, you'll only come off as petty and underhanded, and that might sway your boss to not only deny your request, but also reconsider whether you ought to remain employed.

It's not unheard of to use a competing offer as leverage when negotiating a raise. But if you're going to go this route, be prepared to accept that second offer and leave. Your boss may not take kindly to being backed into a wall, so assume that once you put another job offer out there, you may be on your way out the door.

Maybe you're struggling to keep up with your bills, and more money can help. Be that as it may, you shouldn't use your personal woes as justification for a raise. Chances are, your boss won't budge on money, even if he or she does sympathize with your plight.

5. Using your co-workers' salaries as a basis for a raise

Maybe your colleagues earn more money than you. That's apt to be frustrating, but before you bring it up to your boss, be sure to review your company's policy on talking salary. If you're barred from sharing those details with your co-workers, this tactic could not only get you in trouble, but compromise your colleagues as well. Even if you're technically allowed to share salary information with colleagues, you never know why they might be earning more than you, so don't use that point as your sole argument for a raise.

If you feel you should be making more money, it definitely pays to ask for a raise. Just be smart about how you approach that conversation, and don't use tactics that are more likely than not to backfire.