There are different reasons job candidates might struggle to land interviews. Sometimes, it boils down to missing skills. But in other cases, your lack of interview requests could be a matter of a problem with your resume -- namely, the fact that it shows a glaring gap in employment.

Resume gaps are fairly common. Parents who take time out of the workforce to raise children often reenter the job market with sizable resume gaps. The same holds true for those who take time off from their careers to travel. The problem, however, is that a gap on your resume could hurt your chances of moving forward in the job application process. 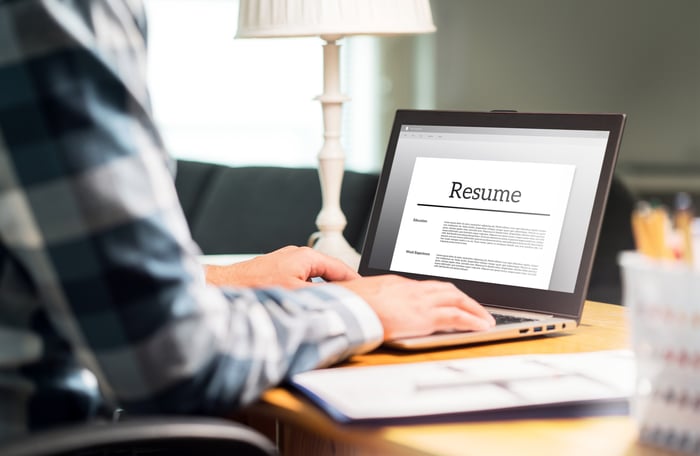 Resume-writing service ResumeGo conducted a field experiment over the course of five months earlier this year in which over 36,000 openings across popular job boards were applied to using fictitious applicants. The purpose of the experiment was to determine how badly a resume gap could hurt applicants' chances of getting hired.

If you took time out of the workforce and therefore have a gap on your resume, you don't have to let it destroy your chances of landing an interview, and subsequently getting hired. There are a few things you can do to overcome that obstacle.

Moving past your resume gap

First, let's get one thing out of the way: Lying about your gap in work history is never a good idea. If you're caught, it'll ruin your chances of getting hired at the company that uncovers the truth, and at that point, you run the risk of different employers in your industry talking and blacklisting you on a long-term basis.

A better bet? Don't cover up your resume gap. If anything, call it out in your cover letter and explain the reason for it. And if you're not submitting a cover letter, you can explain yourself on the resume itself.

Imagine you took a five-year hiatus from the workforce to raise children. If that's the case, you can summarize that period on your resume just as you'd sum up the two-year period you worked as a junior accountant for Company X, and then the three-year period you worked as a senior accountant for Company Y. In the experiment conducted above, job applicants who provided a reason for their work gap up front received close to 60% more interviews than those with gaps who offered no explanation -- so be sure to include that information.

That said, you might manage to avoid a resume gap in the first place if you did any sort of independent or freelance work during your break. For example, if you took five years off to be home with your children, but you did freelance accounting work on occasion for a few clients, you're allowed to include that as part of your job experience. You don't have to call out the fact that you only worked three hours a week; if you did valid work, that's all you need to say.

Unfortunately, not all employers take kindly to resume gaps. But if you handle yours the right way, it may not end up holding you back.