Maybe you've asked for a raise repeatedly at work, but have been denied due to budgetary constraints. Or maybe you've been itching for a promotion to further your career, but a position just hasn't opened up.

No matter the circumstances, there may come a point when it no longer makes sense to stay in your current role. And if that's the case, you'll no doubt be gearing up to keep your job search a secret from those around you. But in some circumstances, it could actually pay to loop your boss in on the situation, even though conventional wisdom generally dictates otherwise.

How well do you know your boss?

At first glance, telling your boss you're job hunting may seem like the world's worst possible idea. After all, if your manager reacts poorly to that news, he or she might immediately move to have you terminated, leaving you without a paycheck while you search for a different role. 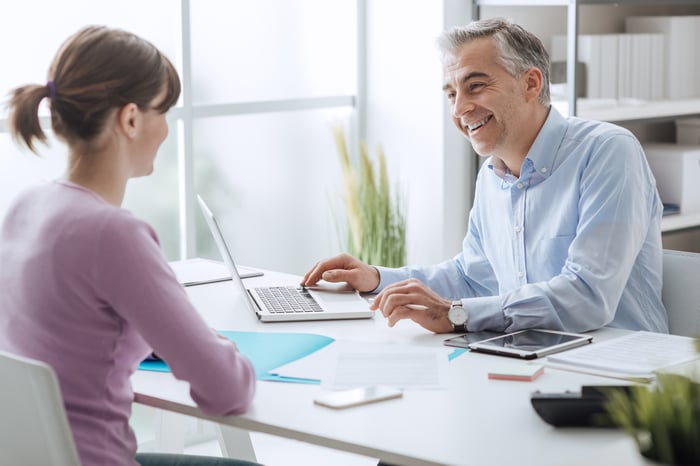 But if you have a strong enough relationship with your boss and know your manager well enough to gauge his or her reaction, sharing that information may not be such a bad idea. If your boss has always been in your corner and clearly understands your frustrations with your job at present, then he or she may be overwhelmingly supportive in your choice to look elsewhere. And that could benefit both of you.

For example, most people who search for jobs while already employed tend to do so on the sly. As such, they're often forced to concoct stories about medical appointments, home repairs, or other excuses that explain why they're coming in late or leaving early. On the other hand, if you're honest with your boss about what you're doing, there won't be any need to lie. As such, you'll have less stress, and your boss will know exactly when you will and won't be available.

Another thing: Giving your boss a heads-up that you're looking to leave might actually improve your relationship. If you don't let on about your job search until you've gotten an offer and are ready to submit your two weeks' notice, your manager will only have that much time to find someone to serve as a replacement for you. But if you loop your boss in earlier on, he or she can begin putting out feelers for new candidates or start subtly training other team members to take over your responsibilities. And having that option is something your manager will no doubt appreciate.

Finally, if you're embarking on a job search because your current employer refuses to budge on certain items, telling your boss might prompt him or her to push your management team for change in order to keep you. And if that's an option you're interested in pursuing, it's a good one to have.

Clearly, there's much to be gained by telling your boss you're looking for a new job -- but only if your relationship is solid and you're inclined to believe that your manager won't react poorly to the news. If you're not sure whether to share that information with your boss, err on the side of keeping it to yourself. The last thing you want to do is lose your job before you're ready, thereby adding pressure to a search that otherwise could've been conducted at your own pace and without stress.