The more than 12% drop in Palo Alto Networks (NYSE:PANW) stock following its disappointing fiscal 2016 third-quarter earnings results was an overreaction, and those who acted on its price decline have already been rewarded. Palo Alto hasn't quite recouped the entire drop, but it had clawed its way back to $141 a share as of close of trading on June 2.

Even with Palo Alto's stock inching up the last few days, it remains well below analyst expectations, which are nearly all positive. Yes, Palo Alto did receive a couple of analyst downgrades, but its target price remains 35% above current levels. By comparison, Check Point Software Technologies (NASDAQ:CHKP) and Fortinet -- two of Palo Alto's peers and primary competitors -- have nowhere near the bullish sentiment from analysts as Palo Alto.

Is Palo Alto investors' more cautious approach merited, or do the majority of analysts have it right that its stock will make up the difference? 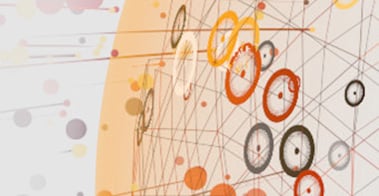 Palo Alto had forecast a 43% to 45% jump in sales last quarter, slightly down from its string of 50% gains or more, but still an awfully sound quarter. Palo Alto's third-quarter revenue pleasantly surprised, climbing to $345.8 million, good for a 48% year-over-year improvement.

Palo Alto's quarter also demonstrated that CEO Mark McLaughlin's objective of increasing recurring revenue and inking longer-term deals as measured by deferred sales is seeing success. Its Services unit results jumped 63% last quarter to $183.7 million and now makes up a majority of Palo Alto's total revenue. Service sales are integral to Palo Alto's plans to build a base of recurring revenue, and the division's results show the plan is working.

Just three quarters into its fiscal 2016, Palo Alto has already bumped up its deferred revenue by 43%, and free cash flow climbed 95% year over year. Toss in its recent inclusion in Gartner's Magic Quadrant ranking of network firewall providers -- for the fifth time -- and Palo Alto's product and services suite continues to warrant plaudits.

Despite its slight beat in revenue guidance, Palo Alto's stock price fell because of its downbeat guidance. Sales are forecasted to tally $390 million on the high end this quarter, and non-GAAP (excluding one-time items) earnings of $0.50 are expected, barely meeting revised expectations. Palo Alto's 48% revenue jump last quarter was the first time in two years it has reported less than 50%, but at least that was close. This quarter's revenue guidance calls for 36% to 37% growth.

With sales rising, albeit slower, why does Palo Alto continue to lose money quarter-in, and quarter-out? In a word, spending. What makes Palo Alto's lack of expense control worrisome is that it's not for infrastructure, research, or development -- often short-term overhead bumps associated with expansion. The primary culprit of Palo Alto's soaring costs relates to sales and marketing.

The company spent $202 million on sales and marketing last quarter, equal to 58% of its total revenue. To put that in perspective, Check Point spent 23% of last quarter's $404 million in revenue on its sales and marketing efforts. Another significant difference between Palo Alto and Check Point is that the latter reports consistent profitability on a GAAP basis. It costs money to market and sell products and services, but the relative amount of recurring overhead Palo Alto shells out is substantial.

Will Palo Alto reach nearly $190 a share as analysts predict? Eventually. However, the one thing Palo Alto had going for it -- ridiculously high revenue growth rates, which was enough for many investors to overlook its challenges -- is heading in the wrong direction.. Given its spending binge on recurring sales and marketing expenses, don't expect a profitable quarter any time soon. A more cautious approach to Palo Alto is warranted, regardless of what bullish analysts suggest.