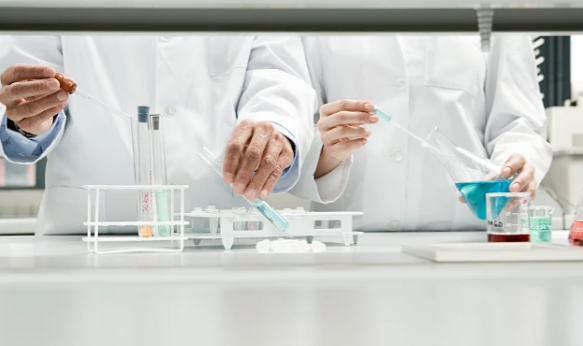 For a big pharma with about $23 billion in annual revenue and the widest margins in its industry, AbbVie (NYSE:ABBV) stock has been awfully volatile over the past couple of years. Competitors are lining up to take on its top product, Humira, so these jitters are clearly a symptom of the biosimilar blues.

Humira, a popular anti-inflammatory, is still responsible for about 60% of the company's total revenue, but a flurry of acquisitions and collaborations are making progress toward reducing its Humira dependence. However, a collaboration with Biogen (NASDAQ:BIIB) to commercialize multiple sclerosis drug Zinbryta probably won't be one of them.

The blue-chip biotech and AbbVie are basically splitting profits and losses down the middle. After running the largest and longest head-to-head clinical trial in multiple sclerosis history, the partners may not break even on Zinbryta in the years ahead. Here are a few reasons why.

Black-box warnings will do to a drug launch what a cup of sugar will do to your gas mileage. These are the FDA's most severe warnings, and the Zinbryta salesforce has some pretty serious ones to deal with.

At the top of the list is risk of severe liver injury, with cases reported up to four months after the last dose. Before a patient can begin Zinbryta, physicians need to be certain their liver is in tip-top condition, and they must conduct monthly blood tests for six months following the patient's last dose.

Because of its safety profile, the FDA recommends reserving Zinbryta for patients who continue relapsing after treatment with two or more multiple sclerosis drugs.

Zinbryta's black box also includes a number of immune-related disorders, but one important warning missing from the label is the risk of an opportunistic brain infection, progressive multifocal leukoencephalopathy, or PML. This black-box warning is on Biogen's Tysabri, and its more recent inclusion on Tecfidera's (non-black-box) list of warnings and precautions has slowed that drug's growth trajectory significantly.

There are a small group of patients who continue relapsing after trying safer, less effective drugs who are also at risk of developing PML. For those patients, Sanofi's Lemtrada is an option. However, this drug won FDA approval back in 2001 but is selling at an annualized run rate of about $394 million.

Lemtrada's black-box warnings make Zinbryta's seem like a walk in the park. That isn't its only disadvantage. When it comes to reducing lesions detected by MRI scans, Sanofi's drug failed to significantly outperform the standard of care, while Zinbryta showed a 54% reduction. However, when it comes to relapses, 78% of patients on Lemtrada remained relapse-free versus 67% in the Zinbryta trial.

While these were both tested against a standard of care, they weren't head-to-head studies, so these comparisons need to be taken with a grain of salt. However, I wouldn't be surprised if Zinbryta pressures sales of Lemtrada for about a year.

AbbVie's and Sanofi's sales of Zinbryta and Lemtrada could find themselves up against a drug from Roche (OTC:RHHBY) that threatens to redefine treatment of relapsing multiple sclerosis.

The Swiss drugmaker's still-experimental Ocrevus is the first drug ever to significantly slow progression in the 10% to 15% of multiple sclerosis patients with the steadily progressing form of the disease. Roche plans to file an application soon for this and the larger relapsing indication all these previously mentioned drugs compete in.

While the FDA will grant an expedited review to the application for treatment of primary progressive multiple sclerosis, Ocrevus could earn approval for the relapsing indication just less than a year from now.

Zinbryta reduced the annualized rate of relapse by 45% over the standard of care. That's slightly less impressive than Ocrevus' performance against a similar drug. When it comes to watery or fatty brain lesions, patients receiving Ocrevus showed some impressive reductions versus the standard of care in two separate trials, detailed here.

Again, these weren't head-to-head trials between Ocrevus and Zinbryta, but Roche's drug looks as if it has Zinbryta beat in terms of efficacy. If it earns approval without black-box warnings, as is widely expected, there will be little reason for patients to risk treatment with the drug from AbbVie and Biogen.

Abbvie's top-line growth following its split from Abbott has been impressive. First-quarter sales rose a whopping 31.9% over the same period last year through expansion of its cancer program, and the recent approval of Venclexta is another giant step forward. With plenty of growth drivers to look forward to, AbbVie is on sale, but I'm afraid Zinbryta isn't one of the bargains.