Microsoft (MSFT 2.76%) co-founder Bill Gates recently called artificial intelligence "the holy grail that anyone in computer science has been thinking about" during Vox Media's Code Conference. Gates discussed the rapid progress of speech recognition and computer vision technologies over the past five years, and noted that "the dream is finally arriving."

If that dream arrives, tech investors should recognize the major trends and players in this market. To get started, let's examine 10 fascinating facts about the AI industry. 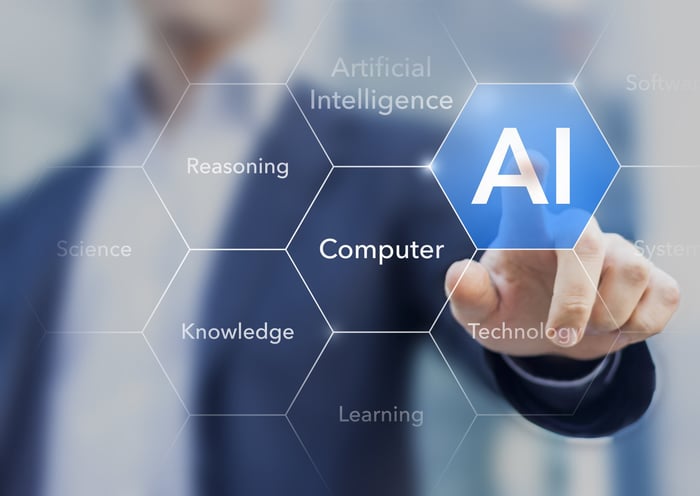 Research firm Markets and Markets estimates that the AI market will grow from $420 million in 2014 to $5.05 billion by 2020, thanks to the rising adoption of machine learning and natural language processing technologies in the media, advertising, retail, finance, and healthcare industries.

Gartner estimates that 6 billion connected "things" will be actively requesting support from AI platforms by 2018. These devices will likely include many connected appliances, cars, wearables, and other gadgets included in the broader Internet of Things market.

A recent study by AI language company Narrative Science found that 80% of executives believed that AI solutions boosted worker performance and created new jobs. Thirty-two percent said voice recognition technologies were the most widely used AI technology in their businesses -- which is good news for companies like Nuance.

5. Most mobile users use voice assistants 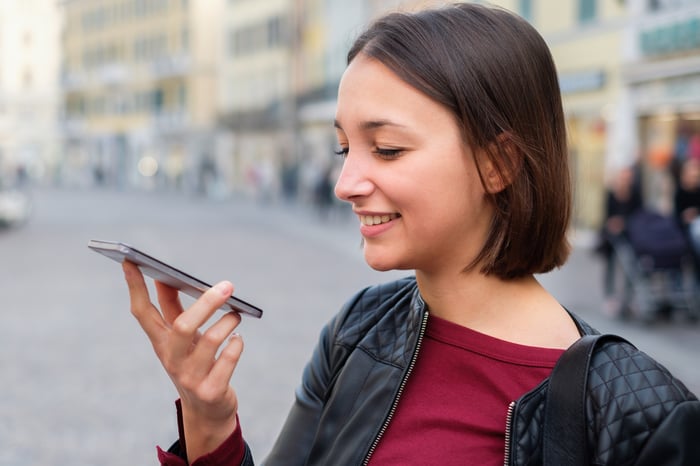 The idea of speaking to your phone initially seemed awkward, but a recent study by Creative Strategies' Carolina Milanesi found that just 2% of iPhone users had never used Siri, while 4% had never used Google Now.

6. Virtual assistants will make decisions for you

Gartner believes that the data gathered from users in cloud-based neural networks will power 40% of mobile interactions between virtual personal assistants and people by 2020. This means that all the data you voluntarily feed to Facebook (FB 1.83%), Google, and Amazon will be used to create a complex cloud-based profile that cloud-based "smart agents" can use to predict your needs and desires.

7. Most enterprise relationships with customers won't require humans by 2020

Gartner also claims that 85% of all customer interactions won't require human customer service reps by the end of this decade. The firm believes that automated analysis of social media channels, CRM software, and personalized chatbots that recognize faces and voices will greatly reduce the need for traditional call centers. That bodes well for Facebook's recent integration of chatbots into Messenger for automated customer service.

8. AI will replace 16% of jobs over next decade

Research firm Forrester believes that AI workers will replace up to 16% of all U.S. jobs over the next decade. However, new jobs to maintain those AI platforms and machines will also be created, meaning that "just" 7% of all jobs will be lost.

It's not just customer service reps who should be worried. Medical assistant AIs could reduce the need for lower-level medical staff in hospitals, driverless vehicles could replace professional drivers, and robo-writers could pump out articles much faster and more accurately than humans.

Gartner estimates that 45% of the fastest-growing companies in the world will "employ" more smart machines and virtual assistants than people by 2018. That's because hiring fewer humans and installing more virtual assistants could reduce costs while boosting productivity.

That complements Nvidia's push in connected and driverless cars, but it could be bad news for Intel, which has struggled with sluggish sales of PC chips and slowing growth in data centers.

AI programs probably won't claim your job or make life-altering decisions for you anytime soon, but they're definitely tethering themselves to our everyday lives through mobile apps, social media, and virtual assistants. Tech investors should keep these facts in mind as top companies continue pursuing this "holy grail" of computer science.