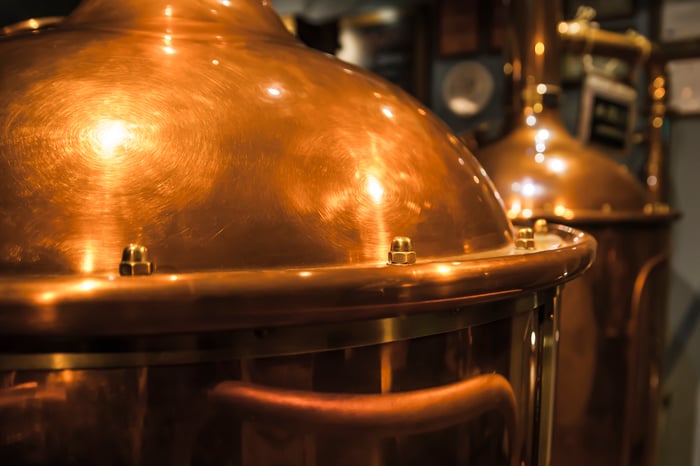 What: Shares of beer maker Craft Brew Alliance Inc (NASDAQ:BREW) jumped 21.5% in June, according to data provided by S&P Global Market Intelligence, as speculation swirls about a potential buyout.

So what: Amid all of the consolidation in the beer industry over the past few years, Craft Brew Alliance has remained independent and arguably trades for a much cheaper price than competitors. And that could make it an attractive acquisition target for the right buyer.

Backing up that thesis, it was reported early in the month that Craft Brew Alliance changed its severance packages policy for executives to increase their payout in case of an acquisition.

Now what: Right now, this is just speculation, but if management thinks shares are trading at a depressed price, it could look for alternatives. The challenge is that acquirers could be so large that buying another brewer could bring regulatory scrutiny. And Craft Brew's brands may not be as attractive as smaller craft brewers offer more growth. But this is worth keeping an eye on given the fact that a buyout could provide significant upside for investors.