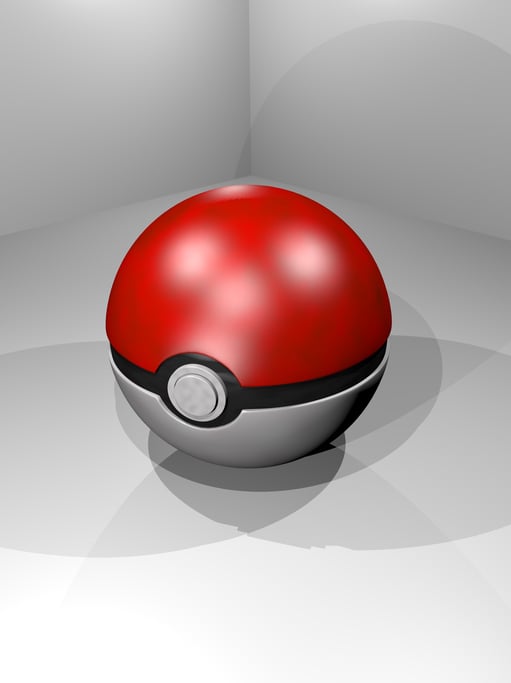 Over the past week, it's been almost impossible not to hear about Pokemon Go. The game allows users to fulfill their childhood (or adult) dreams of becoming a Pokemon master. It's also almost impossible not to have heard how the game has influenced Nintendo's (OTC:NTDOY) value. The company's market cap has doubled since the game was released -- rising to just under $36 billion in under a week.  Pokemon Go's success marks a continued signal for mobile gaming's success.

Freemium, I choose you

Pokemon Go is a specific type of mobile content referred to as a freemium game. Users download the game app for free but have the option of paying a premium for content and features once they're in the app (hence, the name freemium).

This option for mobile content may cause investors to shake their heads in confusion. Why give away free content?

The reality is that this market has proven incredibly successful. Research by emarketer.com revealed that in 2015, in-app purchases were predicted to generate $1.82 billion in U.S. Mobile Game Revenue. Game downloads were only predicted to generate $1.22 billion in revenue. Additionally, in-app purchase revenue is expected to grow by 9.4% in 2016 while game downloads is only anticipated to grow by 8.1% -- implying in-app purchases will continue becoming a larger piece of the mobile gaming market.

It's actually not that unbelievable of a concept: a company gives you a really cool game, you get hooked, and then you're suddenly more willing to pay loads of cash to play more efficiently.

That's exactly how Pokemon Go works. Users can theoretically wander around the magical GPS-infused-big-brother-esque universe catching Pokemon for free. But what if users run out of Pokeballs – items used to catch the Pokemon? What if they want to catch Pokemon but run out of incense to attract the critters at a rapid pace? What if users want to update their bag, increase their storage, or purchase Pokecash? They always have the option to shell out some U.S. dollars and pay their way to the top.

It might sound strange, but people are doing it, and they're doing it at an unbelievable pace. Market intelligence firm Sensor Tower estimates that Nintendo's raking in $1.6 million each day in revenue.  Over the course of the year, that's $584 million in additional revenue for Nintendo.

Candy Crush isn't alone in generating freemium-based revenue. Game of War reportedly brings in $861,447 of daily revenue,  and Angry Birds 2 – the successful sequel to Angry Birds – brings in an estimated $33,962 each day.

But here's the real beauty of Pokemon Go: the game is coupling the freemium model with a well-recognized and successful brand. Unlike Angry Birds and Candy Crush that needed to build their audiences from the ground, Pokemon Go hit the ground running by utilizing a name known throughout households and across nations. That's probably how the company reportedly has already acquired 7.5 million U.S. customers.

"We believe that the acquisition will position us very well for the next phase of our company's evolution," said Zacconi. "We will combine our expertise in mobile and free-to-play with Activision Blizzard's world-class brands... to bring the best games in the world to millions of players worldwide."

Imagine the potential for Pokemon Go-like concepts with Activision and Blizzard brands -- like Call of Duty or World of Warcraft. People could play Call of Duty, running around with GPS-tracking virtual weapons and real-life backdrops all for free... unless they want to pay for more expensive weapons. World of Warcraft users could adventure to different geographic areas battling monsters and dragons, but they have to pay for more expensive spells and power-ups.

And with the mobile gaming industry expected to grow $15.6 billion by 2019, it's logical that other game publishers will attempt entering the freemium market.

One thing is clear: Pokemon Go's mobile model has existed before, but its success acts as a pokeball heard 'round the world for the freemium industry.