Maybe a deal with a Chinese production company isn't as big a deal as it seemed yesterday. 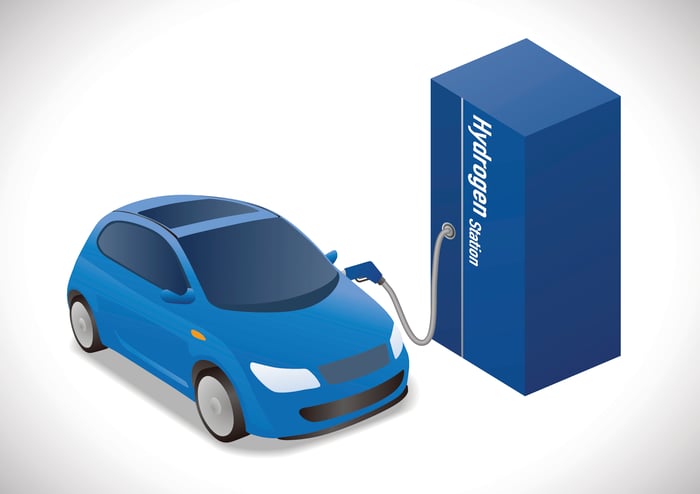 So what: The gain yesterday was driven by a $168 million deal signed with Guangdong Nation Synergy Hydrogen Power Technology Co. The agreement will have Ballard selling membrane electrode assemblies to a Chinese joint venture that will produce fuel-cell stacks for buses and commercial vehicles.

It appears the market got overly excited about the deal, resulting in Ballard Power Systems' market cap rising nearly $100 million yesterday alone. Over the next five years it's unlikely that much value will be generated from this deal, and with core operations losing money, I'm not sure there's a justification for a pop in the stock until we see a turnaround in business fundamentals.

Now what: Shares of companies can often swing wildly on news events, particularly in the fuel-cell industry. But it's important to take a step back and look at the potential impact of a deal like this on Ballard Power Systems. If we assume a gross margin of 20%, which is higher than the company currently generates, the $168 million deal would only add about $33.6 million to gross margin over five years. That's just over $6 million per year, which is less than the company's operating losses in each of the last three years.

Until Ballard Power Systems proves it can make money, this is a stock to be very skeptical of. It may need to raise more funds to stay afloat in the future, and unless fuel cells gain wider adoption, the market for this small company looks limited.

Why Shares of Ballard Power Systems Sank 13% in March
357%