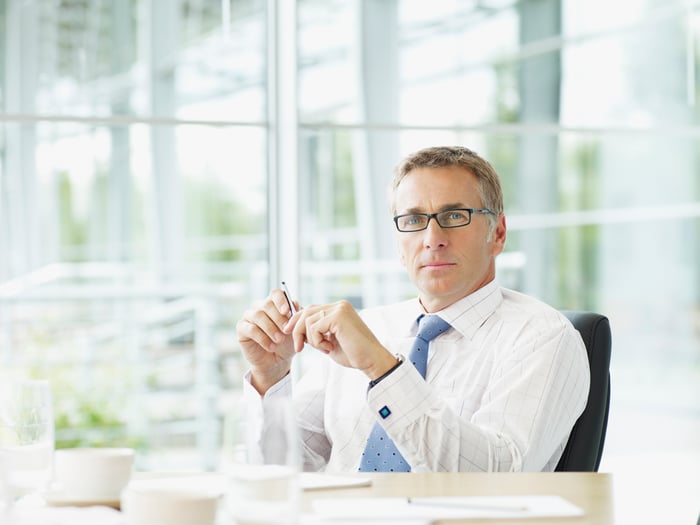 Many finance experts recommend that retirees withdraw no more than 4% of their retirement savings every year. However, Vanguard reports that Americans' median savings in 401(k)s total just $26,405, and that means most Americans are woefully under-saving. Are you doing a better job at socking away money in your retirement plan than your peers?

Vanguard's annual study of 401(k) trends reveals that most Americans fail to put away nearly as much every year as they ought to. The contribution rates indicate that very few workers are putting aside anywhere near the maximum amount that can be contributed to a 401(k) plan every year. In 2016, up to $18,000 can be put into a 401(k) plan. Participants over 50 years old can contribute an additional $8,000 "catch-up" contribution.

Last year, only 12% of all plan participants maxed out the contribution to a 401(k) plan and the percentage among high-income earners was lacking too. Only about a third of people earning over $100,000 contributed the maximum allowed.

Similarly, few people are taking advantage of the catch-up contribution provision. Of people eligible to contribute the additional $8,000 to their 401(k), only 16% took advantage of it last year.

The average amount that workers have tucked into their 401(k) plan is $96,288, however, big balances can skew averages and therefore, it's better to consider median levels when comparing your own progress to that of others. Even when we break out the numbers by age, we have to still conclude that most people aren't setting aside enough money for their golden years. About a third of all 401(k) accounts have less than $10,000 in them, and if you're behind, there's no time like now to make changes to get back on track. Committing to a 10% contribution is a great first step, but even if you can't contribute that much right away, a plan that includes increasing deferrals by 1% of income per year can pay off significantly.

If you're among those who do max out contributions to 401(k) plans every year, don't forget to also see if you qualify for an IRA. Roth IRAs have higher income limits than traditional IRAs and money that gets put into them can grow tax free. In 2016, a married couple filing taxes jointly can earn up to $184,000 and still contribute $5,500 to a Roth IRA. If over 50, that couple can also contribute an additional $1,000 catch-up contribution.

Overall, it's important to remember that starting early is the best plan for accumulating an envy-inspiring retirement nest egg, but even if you're a bit late to the game in saving, small changes today can still make a big impact later on.

Are You Doing a Better Job Saving Money in Your 401(k) Than the Average American? @themotleyfool #stocks Next Article
Current