Safety Insurance Group (NASDAQ:SAFT) saw its net income rise in the second quarter as its results were helped by lower losses and higher premiums per written exposure in its core commercial auto and homeowners lines of insurance. 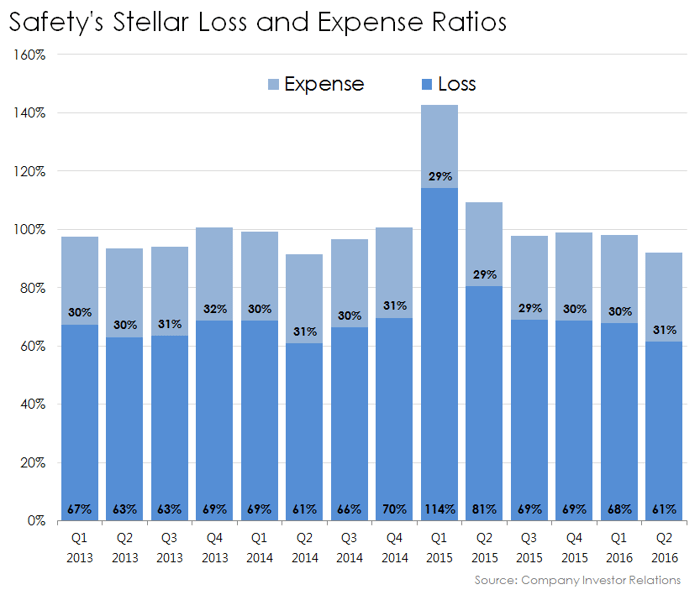 All signs seem to suggest that Safety Insurance Group is poised to recover well from extraordinary losses from record snowfall in many New England communities last year.

Going forward, the company will benefit from approved rate increases that take effect later this year. Subsequent to the end of the second quarter, in July, Safety had approval to increase private passenger auto rates in Massachusetts by 5.8%. Later this year, in December, rates on New Hampshire homeowners and private passenger automobile policies are set to increase by 4.4% and 4.1%, respectively.

Interest rates are also a key earnings driver. The company noted in its release that its investment portfolio yielded just 3.2%, generating just $9.6 million in investment income for the company during the second quarter. Though Safety shareholders don't need higher rates to do well -- Safety's excellent underwriting does the heavy lifting -- rising interest rates could be a boon for this under-the-radar insurance company.