Investors don't have to (and shouldn't) limit their picks to only the ones that big-name investors like.

Warren Buffett deserves all the fame and respect he's been given as chief executive of Berkshire Hathaway. While the mighty conglomerate's investment portfolio may not outperform the S&P 500 every single year, it beats the broad market more often than not. Outside of owning a stake in Berkshire itself, "borrowing" a few of Buffett's picks has usually been a savvy investment strategy.

Did you know, however, that there are some great small stocks the Oracle of Omaha might like Berkshire Hathaway to buy that it simply can't? It's true. Either the fund is legally limited in terms of the size of the stake it can take in a particular company, or it's practically limited from doing so because that stake would be too small to matter.

But there's nothing stopping everyday investors from buying shares of a smaller business that value-minded and dividend-loving Buffett would otherwise approve of. With this in mind, if you're on the hunt for a quality stock that's too small for Buffett, you may want to take a good long look at property and casualty insurance outfit Safety Insurance Group (SAFT 1.60%).

Buffett's always been a fan of the insurance industry. Aside from a $600 million stake in life insurer Globe Life, Berkshire is also the parent to privately owned insurance companies GEICO and National Indemnity Company, a couple of Berkshire-branded outfits, and others.

It's an understandable affinity. Not only is the insurance business a relatively predictable one, it's also one that drives recurring revenue. This, of course, supports reliable quarterly dividends, which in addition to value, Buffett also loves. 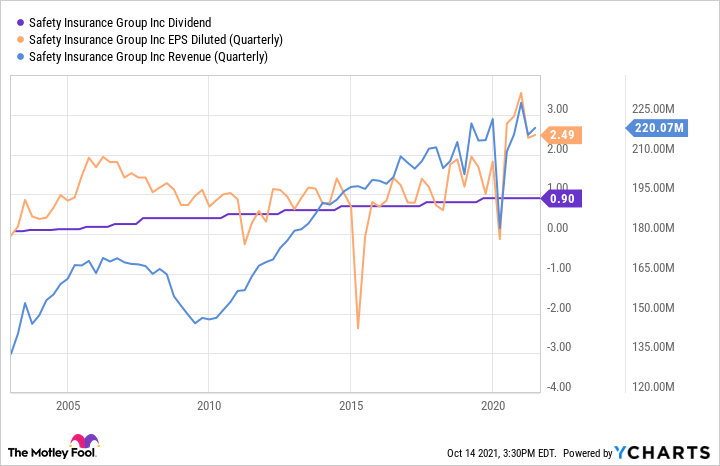 Better still, Safety Insurance Group can afford them. Safety Insurance Group has dished out $27.3 million worth of dividends to shareholders through the first half of 2021, versus net income of $73.8 million and operating cash flow of $62.6 million. That's a pretty typical picture of the company's long-term payout ratio, which has historically held steady between 40% and 55%.

More trouble than it's worth ... for Buffett

So why, pray tell, isn't Buffett a shareholder when he could plug into an incredible dividend-driving earnings stream and scoop up shares while they're trading at only 7 times their trailing profits? The chief reason is Safety Insurance Group's (very) modest market cap. With a valuation of only $1.2 billion, it's a bit of a logistical nightmare for Berkshire Hathaway to take on such a position, for a couple of reasons.

One of these reasons is a matter of sheer practicality. As of the end of this year's second quarter, Berkshire was sitting on more than $300 billion worth of publicly traded equity and another $140 billion worth of cash and cash equivalents. To take on a meaningful stake in Safety Insurance Group, Berkshire's buying could easily catapult the price of its shares to the point where both the low price-to-earnings ratio and the above-average dividend yield of 4.5% are no longer low or above average, respectively.

For perspective, Berkshire doesn't own a stake in any stock that's worth less than $11 billion. 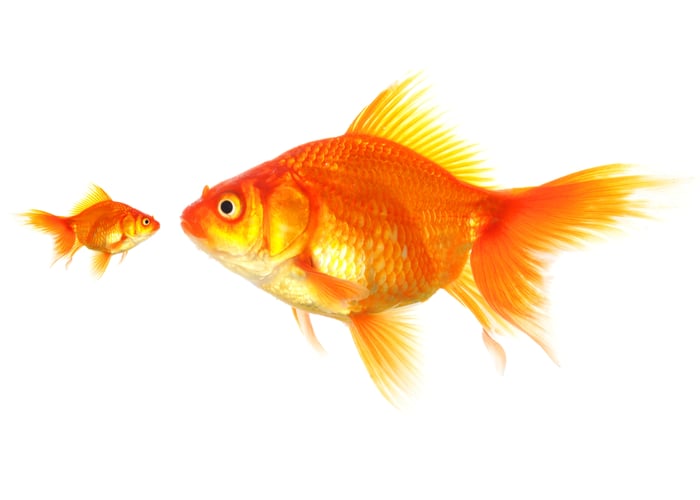 The other chief impasse preventing Buffett from steering Berkshire into a small name like Safety Insurance Group is the legal burden of becoming a major stakeholder of a publicly traded company. While Berkshire will occasionally do so and take on the added responsibility, acquiring more than 5% of a publicly traded outfit or acquiring more than 10% of a listed stock's float requires additional and timely disclosure documentation to be filed with the Securities and Exchange Commission. In some cases, the additional paperwork just isn't worth the trouble when that investment isn't going to make much of a difference to a particular portfolio's total value.

Unless you've got your own multibillion-dollar portfolio, however, you don't face such a requirement by stepping into Safety Insurance Group.

Obviously, nobody really knows if Warren Buffett would steer Berkshire Hathaway to take on a position in Safety Insurance Group if he feasibly could. He's got plenty of idle cash to work with, but he's also got lots of other quality options to choose from.

Regardless, boring ol' insurer Safety Insurance Group is a business that ticks off all of Buffett's most important boxes -- and while he can't buy it, you can. If you're looking to round out your portfolio with a solid dividend-paying financial pick, this overlooked stock is an easy one to like.