The correctional facility company plunged as the U.S. Department of Justice decided to end its use of private prisons. 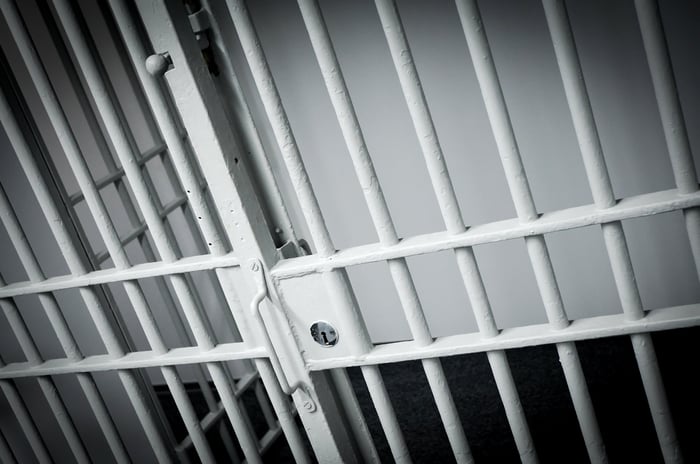 What: Shares of Corrections Corp. of America (CXW 0.50%) plunged more than 35% Thursday after the U.S. Department of Justice revealed it will phase out its use of private prisons.

So what: More specifically, Deputy Attorney General Sally Yates noted that, thanks to the DOJ's Smart on Crime Initiative, which identified "reforms that would ensure more proportional sentences and effective use of federal resources," the country is seeing declining numbers in its prison population -- something fellow Fool Rich Smith astutely pointed out late last year. As such, Yates stated:

Today, I sent a memo to the Acting Director of the Bureau of Prisons directing that, as each private prison contract reaches the end of its term, the bureau should either decline to renew that contract or substantially reduce its scope in a manner consistent with law and the overall decline of the bureau's inmate population.  This is the first step in the process of reducing -- and ultimately ending -- our use of privately operated prisons. While an unexpected need may arise in the future, the goal of the Justice Department is to ensure consistency in safety, security and rehabilitation services by operating its own prison facilities.

For perspective, the decision also follows the release of a separate report from the DOJ last week, indicating privately operated prisons are less safe for both inmates and staff than those run by the Federal Bureau of Prisons.

Now what: Corrections Corp. of America won't feel the impact of the DOJ's decision immediately, but rather over time as each of its federal contracts expires. And investors will need to wait to hear from the company to better quantify how this changes its long-term direction. But for now, it's no surprise to see shareholders taking a big step back from CCA today, and I think it would be wise to watch its story unfold from the sidelines.