Billionaire investors Warren Buffett, George Soros, and Carl Icahn may not be on your speed dial, but you can still find out what stocks they've been buying. That's because these billionaire investment gurus file a 13F report with the SEC every quarter highlighting what stocks they're stashing away in their portfolios. Since tracking the activity of top-tier stock pickers like these three can turn you on to money-making ideas, let's take a closer look at what these legends have been adding to their portfolios.

Disciples double down on Apple

Buffett runs Berkshire Hathaway, a conglomerate that owns various businesses, including Geico, and that invests over $110 billion in the stock market.

In Q1, Berkshire Hathaway revealed owning $1 billion in Apple stock and in Q2, the Apple investment increased by 55% to 15.2 million shares. At current prices, that makes Berkshire's position in Apple worth more than $1.6 billion.

One reason Buffett's disciples may have taken a liking to Apple is that Apple's share price has dropped in the past year. After releasing a new generation of phones that failed to entice consumers to upgrade, Apple's sales have struggled. 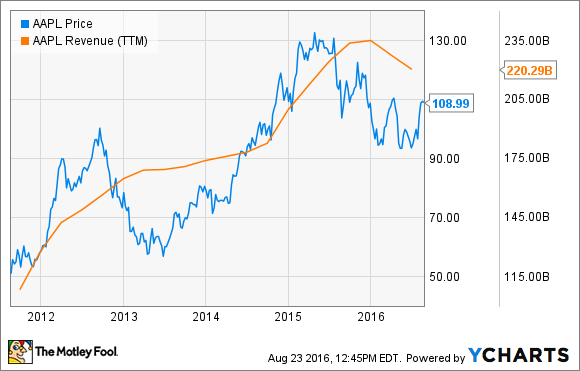 However, new devices are coming, and if they fare better than the last generation, then picking up shares in Apple could prove savvy. Apple's forward price-to-earnings ratio is just 12.2 and Apple continues to throw off a ton of cash thanks to a loyal fan base and a valuable ecosystem, including iTunes, serving it. Since Apple boasts top-tier management and its dividend yields 2%, there are a lot of reasons to consider owning this one in your portfolio, too.

Soros is one of the best -- if not the best -- hedge fund manager of all time, but unlike Buffett, Soros employs a rapid-fire approach that makes it hard to guess if anything he buys will stick around in his portfolio for long.

Although Soros' short-term focus makes following his buys risky, Soros is unmatched in his ability to find winners and identify trends early and for that reason, he shouldn't be ignored.

Last quarter, one of Soros' biggest buys was a 4 million share stake in Rovi Corp. (NASDAQ: ROVI), a company that licenses data to media companies for TV programming guides.

Soros' purchase is intriguing because it comes ahead of the expected completion of Rovi's acquisition of TiVo ( TIVO ) and in the wake of activist investor Glenn Welling ousting Rovi chairman Andrew Ludwick last year. Rovi's big patent portfolio and synergies from the TiVo acquisition make this stock intriguing, but this could be a very short-term holding for Soros, so investors will need to do a lot of homework on this one before buying.

Instead, investors might find it more useful to consider Soros' increasingly negative view of the U.S. stock market.

Soros has suggested that the U.K.'s decision to exit the European Union could cause an economic crisis and his negativity is reflected in the fact that Soros finished Q2 owning put options on 4 million shares of the SPDR S&P 500 ETF (NYSEMKT: SPY). For comparison, Soros controlled put options on about 2 million shares at the end of Q1. Soros is also continuing to invest in gold -- the ultimate safe haven. Although he sold his position in Barrick Gold last quarter, he replaced it with 240,000 shares of the SPDR Gold Trust ETF ( GLD -0.25% ).

Icahn is thought by many to be the best activist investor of his generation and he's famous for his outspoken efforts to unlock value for investors. Icahn's recent success includes his efforts to convince eBay to spin off Paypal Holdings.

In Q2, Icahn set his sights on the drugmaker Allergan ( AGN )Icahn acquired 3.4 million shares of the company worth $862 million during the quarter.

Icahn reported that he bought shares of Allergan in May, offering up praise for Allergan CEO Brent Saunders. Saunders was formerly the CEO of Forest Labs, another Icahn holding that eventually got bought out by Actavis, a company that later merged with Allergan.

Allergan had agreed to merge with Pfizer last year; however, that deal was scuttled when the Treasury Department cracked down on tax inversions earlier this year. The dismantling of the merger caused Allergan's shares to tumble, in part over concerns over its acquisition-fueled debt load.

Recently, Allergan's shares have been rallying following the completion of the sale of its generics business to Teva Pharmaceutical Industries. Allergan walked away from that sale with $33.4 billion in cash and 100.3 million shares of Teva stock valued at $5.4 billion. 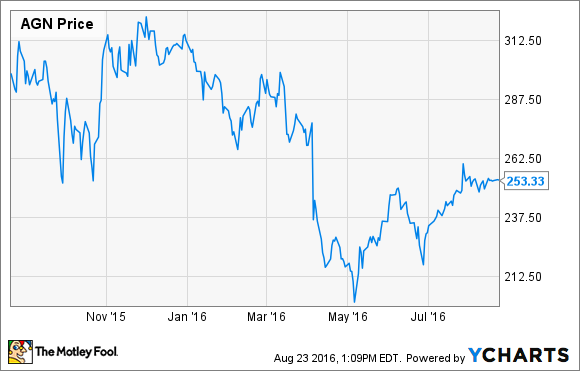 Icahn hasn't said what changes he'd like to see at Allergan (yet), but his past suggests he could recommend spin-offs, cost-cutting, or returning some of the Teva windfall to investors. It's likely we'll hear more from Icahn about Allergan in the future, so investors may want to keep an eye on this stock.