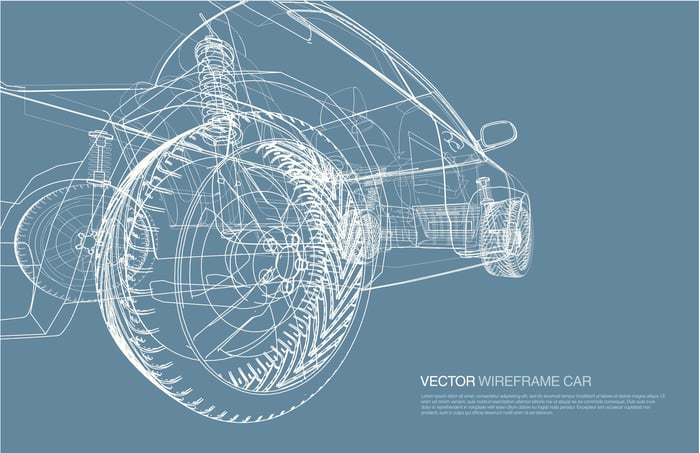 Revenue fell 10% to $551 million, but it was down only 6% on a constant currency basis. That easily beat guidance of $500 million to $520 million and topped analyst estimates of $512 million.

The big news in the quarter was a 109,000 seat increase in subscriptions, ending the quarter with 2.82 million subscribers. Annualized, that's revenue of $1.47 billion, and locks customers into Autodesk's products long-term. As the subscription model grows, margins and bottom line should as well.

Autodesk is still losing money, but its move to a subscription model should make the business more stable long-term. That's why there's so much excitement over the growth in subscribers, despite a decline in earnings. In fact, revenue may continue to fall as the model changes, but as customers are moved to subscriptions the company should make more money.

It's tough to determine what a software company that's losing money should be worth, and that's what will keep me out of shares for now. But the trends look strong for Autodesk, and with computer aided design growing in importance the company is well positioned for the future.