The Facebook COO and Lean In author stands as example of living a purposeful and useful life. 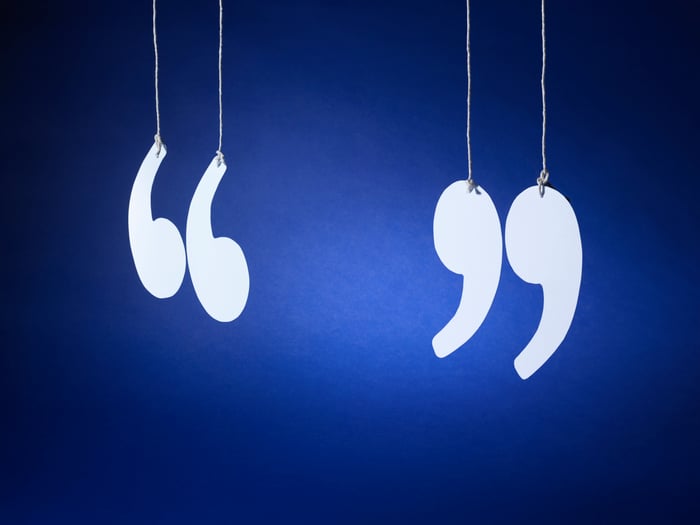 Are you impressed yet?

At the same time, Sandberg's less tangible efforts have provided a far greater impact on society as a whole. In recent years, Sandberg has deftly leveraged her platform as a global business leader to champion positive social change, primarily regarding gender equality in the workplace through her best-selling book, Lean In.

Plainly stated, Sandberg is a rock star in every regard, and we all can benefit tremendously from studying her quotes on subjects including management, leadership, and life in general.

Since she joined Facebook's management team in 2008, Sandberg's leadership has helped the social network's user base grow from 145 million monthly active users (MAUs) to 1.59 billion in 2015, among umpteen other accomplishments.

Sandberg clearly recognized Facebook's potential early on. However, although many recognized social media's big-ticket potential, Sandburg wouldn't be in her current position of prominence had she not taken action, too. She summarized the necessity of action when she said:

If you're offered a seat on a rocket ship, don't ask what seat! Just get on.

We now clearly know that Sandberg made the most of her time at Facebook, not only contributing, but leading. Jeff Bezos at Amazon famously phrased this trait in Amazon's leadership principles as a "bias to action." Sandberg expressed a timeless piece of business wisdom in the following way:

Taking initiative pays off. It is hard to visualize someone as a leader if she is always waiting to be told what to do.

However, as routinely appears in the thinking of all-time business greats, the Herculean effort required to build a world-changing company doesn't happen without the tireless work of many people. As such, the kinds of accomplishments like those Sandberg helped create at Facebook must come as part of a higher vision than just dollars and cents. Here's how Sandberg described this business principle:

It is the ultimate luxury to combine passion and contribution. It's also a very clear path to happiness.

Sheryl Sandberg on leaning in

Any round-up of Sheryl Sandberg's worldly wisdom would be remiss if it didn't cover the topic with which she is most closely associated: gender equality in the work place. Of course, the issue is extremely complex, but we cannot begin to solve this critical problem without first simply beginning a dialogue. Here's how Sandberg phrased this in her own words:

We need women at all levels, including the top, to change the dynamic, reshape the conversation, to make sure women's voices are heard and heeded, not overlooked and ignored.

Every woman I know, particularly the senior ones, has been called too aggressive at work. We know in gender blind studies that men are more aggressive in their offices than women. We know that. Yet we're busy telling all the women that they're too aggressive. That's the issue.

Sadly, Sandberg's public persona has also witnessed the Facebook COO grieve for her deceased husband and beloved Silicon Valley executive David Goldberg, who unexpectedly passed away on a family vacation in May 2015. Rather than hide her pain, Sandberg has chosen to open up over her unexpected tragedy, which has added another layer of complexity and meaning to Sandberg's place in the public consciousness. Here's just one of the many prescient quotes Sandberg has offered on meeting and overcoming life's inevitable vicissitudes:

I think when tragedy occurs, it presents a choice. You can give in to the void, the emptiness that fills your heart, your lungs, constricts your ability to think or even breathe. Or you can try to find meaning.

However, in demonstrating her trademark magnanimity, Sandberg has refused to allow even her most personal struggles to paralyze her:

Overcoming obstacles, providing equal opportunities for all, and seizing opportunities in business and life are just a handful of the themes on which Sandberg eloquently speaks. Like so many other business titans, her thinking on these subjects -- and more -- can make each of us better businesspeople, investors, and human beings.

Andrew Tonner has no position in any stocks mentioned. The Motley Fool owns shares of and recommends Facebook. Try any of our Foolish newsletter services free for 30 days. We Fools may not all hold the same opinions, but we all believe that considering a diverse range of insights makes us better investors. The Motley Fool has a disclosure policy.