These biotech stocks will either make it big or wipe out in spectacular fashion. 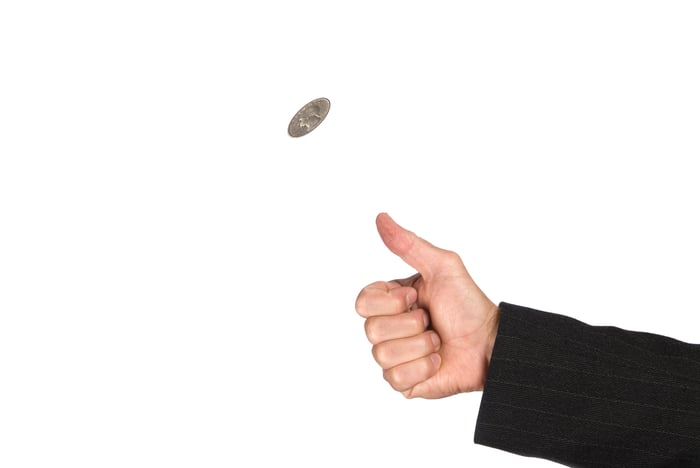 Every small-cap biotech stock whose future depends on the success of a single compound will eventually face a binary event. Whether that event is the release of data from an important clinical trial or a yes/no decision from regulators, a single news item can cause a company's stock to soar or plummet. Any investor in this type of stock needs to stay in the know about what catalysts are coming and why they're important for the company's future.

With that in mind, here's a list of three all-or-nothing biotech stocks facing upcoming catalysts over the next year that I plan to watch with great interest.

First up is Intra-Cellular Therapies (ITCI -2.47%), a red-hot biopharma that managed to charm the markets in 2015. This company's future is completely tied to the success of ITI-007, a compound that holds great promise in treating a range of diseases of the central nervous system.

Intra-Cellular is currently running three phase 3 trials to test ITI-007's ability to treat bipolar depression, behavioral disturbances associated with dementia, and schizophrenia. It also has trials in earlier stages testing the drug in a range of other indications. 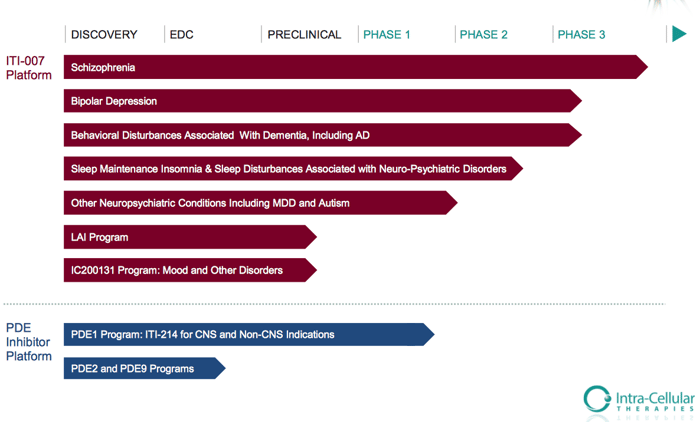 The company is the furthest along with its testing related to schizophrenia. Last year it released results from its first phase 3 trial, and they looked quite encouraging. Schizophrenia patients who were treated with ITI-007 showed a statistically significant improvement in their Positive and Negative Syndrome Scale (PANSS) score -- meaning their symptoms became less severe -- compared to those who took a placebo. The drug also demonstrated a safety level similar to that of a placebo.

Intra-Cellular is currently running a second phase 3 trial on schizophrenia, and top-line data is expected later this year. If that looks good, then FDA submission should follow soon after.

There's no doubt that it's an exciting time to be an investor in Intra-Cellular's stock, and with another round of data due out soon, this company deserves a close watch.

Catching the attention of big pharma

I'm a firm believer that the majority of biotech stocks that trade below $5 per share should be written off as uninvestable, but I must admit that I'm intrigued by Geron (GERN 2.73%).

Geron's lead product candidate, imetelstat, is currently in late-stage trials as a treatment for two rare but serious blood cancers: myelofibrosis and myelodysplastic syndromes. I'm hopeful for this drug's potential because in early clinical trials, imetelstat generated both partial and complete responses in patients who had myelofibrosis, which no other drug had ever accomplished.

Geron's early clinical success caught the attention of Janssen, the biotech arm of Johnson & Johnson, and the two companies are now collaboration partners. Janssen was so interested in imetelstat that it forked over $35 million in up-front capital and has also pledged up to $900 million in milestone payments if imetelstat becomes a blockbuster hit.

The next data readout for imetelstat isn't expected until 2017, so Geron's investors have some waiting to do before the next catalyst comes. Still, imetelstat looks like it could be the real deal, and the vote of confidence from J&J speaks volumes, so I plan on keeping a close eye on this stock.

The final company on today's list is Sarepta Therapeutics (SRPT -1.68%), a small-cap biotech focused on rare diseases. While Sarepta's pipeline has a number of interesting drug candidates, its most important compound by far is eteplirsen.

Eteplirsen is currently being studied as a treatment for the rare muscle disease Duchenne muscular dystrophy, or DMD. Patients with DMD gradually lose muscle function, which leads to a wide range of negative clinical outcomes and often results in an early death.

Several companies have tried to win regulatory approvals for potential DMD treatments over the past year, but so far all have failed. The FDA still hasn't made an official ruling on eteplirsen yet, deciding instead to kick the can down the road twice. Most recently the agency requested additional data so it could study it before making a final decision. In other words, Sarepta is having a lot of trouble getting eteplirsen over the finish line, but since it's the only runner left in the race, it might actually have a chance at success.

We don't yet know when the FDA will make a decision, but given the clear unmet medical need, I'd imagine that we'll have a better idea of the timing within the next few months. That makes Sarepta another story that I plan on watching like a hawk.