Please ensure Javascript is enabled for purposes of website accessibility
Log In Help Join The Motley Fool
Free Article Join Over 1 Million Premium Members And Get More In-Depth Stock Guidance and Research
By Lee Samaha - Sep 14, 2016 at 8:19AM

If you are wondering whether the company's faltering sales growth casts a shadow on the stock's prospects then here is the lowdown.

Following an underwhelming set of second-quarter results that saw the company lower its full year revenue guidance, investors in Honeywell International (HON 1.68%) will be wondering if now is the time to dump the stock. Let's take a look at the trends in the company's earnings and guidance and what they say about the stock's prospects. 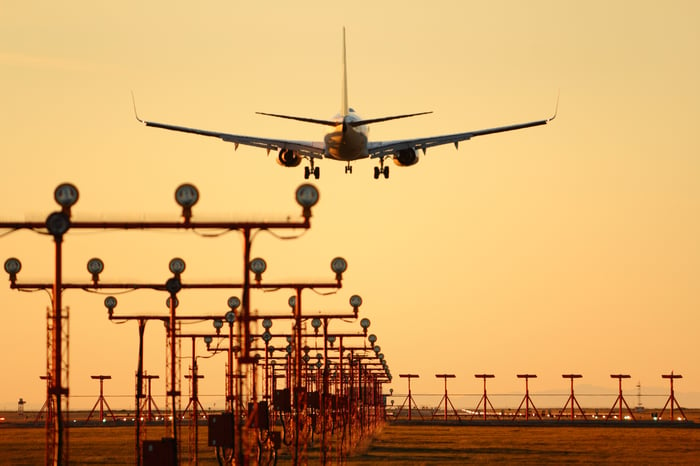 The following table shows the changes in full-year guidance as the fiscal year has progressed. As you can see below full year sales guidance (based on the mid-point of guidance) has been lowered, and more worrying core organic sales growth has been lowered to just around 1% --this comes after a 2% decline in core organic sales in the second quarter.

With this in mind can Honeywell really hit the core organic sales growth of 4% to 5% in 2017 as laid out at the investor conference in May?

Indeed, the matter of 2017 revenue guidance came up in the second quarter earnings call with JPMorgan analyst Stephen Tusa asking how management felt about it in the light of weaker expectations for 2016.

Honeywell CEO Dave Cote responded by claiming that the "conditions are still there" to generate the expected organic sales growth in 2017. He proceeded to outline the positives within the three currently reported segments. As readers already know Honeywell's aerospace segment is being negatively impacted in 2016 due to incentives given to commercial OEM customers to ensure Honeywell establishes its products on aircraft -- leading to long-term recurring revenue. According to Cote on the earnings call Honeywell won't "have this big increase in incentives" in 2017.

Within the performance materials and technologies (PMT) segment, management believes the hard-hit UOP business (catalysts and absorbents for the petrochemical and refining industries) will bottom in 2016. Meanwhile, Cote believes that the company's capital investments in PMT -- which have lowered free cash flow (FCF) conversion in recent years -- will start to bear fruit with increased sales in 2017.

That said, it's not all clear sailing. For example, there is no guarantee that the strong headwinds, which caused the lowering of 2016 organic sales growth guidance, won't continue into 2017. On the earnings call Cote identified the following adverse trends:

Given that many companies reported weaker-than-expected revenues from oil & gas related spending, and business jet and helicopter market tends to be cyclical, it's surprising to hear Cote argue that "the conditions are still there" to hit Honeywell's revenue guidance for 2017.

But does it matter?

The answer is, unfortunately, yes and no. Obviously, if Honeywell lowers expectations for 2017 revenue guidance then the stock could take a hit, but arguably there is enough of a margin of safety in its valuation to support some disappointment.

As you can see in the first table above, the bottom end of the EPS guidance range has been raised in the last two quarters, the segment margin range remains unadjusted, and Honeywell remains on track to deliver $4.6 billion to $4.8 billion in FCF -- and this comes in a year where FCF conversion is negatively impacted by increased capital expenditures. At the mid-point of 2016 FCF guidance Honeywell is set to generate 5% of its enterprise value (market cap plus net debt) in FCF -- an attractive multiple.

In short, Honeywell's revenue growth may come under some pressure in the future, but the current valuation still supports holding the stock. In addition, it's worth pointing out that the mid-point of EPS guidance has risen in the last two quarters. All told, it's not the time to be dumping Honeywell International stock.