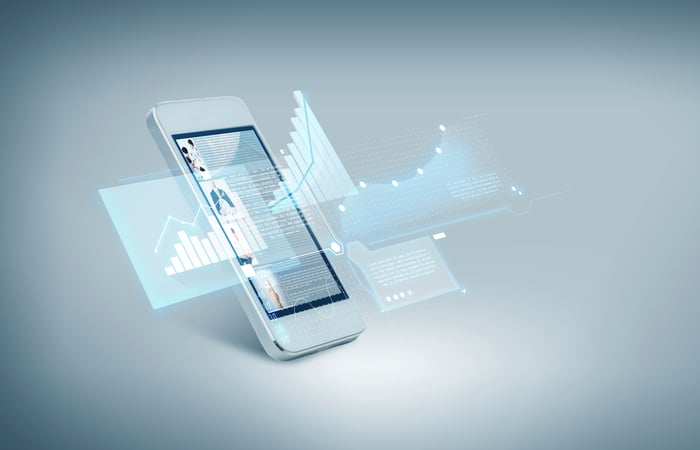 Today, the U.S. telecom sector is effectively a four-horse race. For a mix of reasons, each of the top telecommunications providers has outperformed the S&P 500 index over the past 12 months.

The four primary wireless communications companies in the U.S. are also split into two tiers. AT&T (T 0.64%) and Verizon Communications (VZ 1.29%) sit atop the sector, each counting more than double the subscriber total of their smaller rivals, T-Mobile and Sprint.

As the subscriber imbalance among the big 4 wireless providers in the U.S. suggests, AT&T and Verizon enjoy much stronger competitive positions and investment outlooks than Sprint and T-Mobile, each of which remain turnaround stories. Thankfully, the telecom sector isn't limited to these four names, though they receive the bulk of the coverage. Casting a slightly wider net, let's review three of the most attractive telecom stocks you can buy today: Verizon, AT&T, and China Mobile (CHL)

The nation's largest wireless carrier, Verizon Communications remains one of the two titans of the U.S. telecom market, alongside AT&T. Verizon's current 4.5% dividend yield  is more than double the S&P 500's 2% current yield, making it a compelling candidate for dividend-seekers. And though it pales comparison with the multi-decade dividend history of some consumer-staples giants, Verizon's nine consecutive annual dividend increases speak to the company's commitment to growing its cash distribution for its investors.

Despite Verizon's prominence as an income investment, questions remain about its growth strategy as the U.S. smartphone market matures. Sales are expected to decline 3.8% in 2016 and increase only 1% in 2017.  To counter this slowing, Verizon sees an opportunity in mobile content and advertising, a move that could help increase the company's average revenue per user (ARPU), a key industry metric.

In the past 18 months, Verizon has purchased AOL and Yahoo!'s core internet businesses. Verizon hopes the moves will provide a foothold in the fast-growing mobile advertising market, which analysts believe will see its sales increase from $65 billion in 2015 to $195 billion by 2019. Gaining meaningful share won't prove easy, though, as Facebook and Alphabet dominate the space. However, possibly moving deeper into a tangential, fast-growing segment of the mobile-content world could help alleviate some of the growth concerns facing this dividend dynamo.

Though trailing Verizon's 142 total million customers, AT&T, with its 131 million total subscribers, is still the second largest carrier in the U.S. Like its larger rival, AT&T is also a dividend dynamo, whose 4.7% yield also makes it another compelling option for investors desperate for income amid our current low-yield environment. Though recent history has seen its dividend growth slow to a trickle, AT&T has still increased its annual dividend for 31 consecutive years, a streak that it figures to maintain into the foreseeable future.

Aside from its dividend prowess, AT&T probably lacks a clear catalyst for continued revenue growth, although its defensive characteristics do bear noting. As just one example, AT&T's shares rose 11% in June  alone amid the market uncertainty caused by the U.K.'s Brexit referendum. With the market trading well above its average historic valuation and the possibility of rising interest rates in the U.S., defensive stocks such as AT&T seem like decent options to buy and hold during a somewhat uncertain period in the markets. However, Verizon shares this defensive positioning, and I'd say its possible growth drivers make it the more ideal of the two major U.S. telecom companies.

Since both Sprint and T-Mobile each come with their own set of risk factors, I'll focus on an alternative and foreign option that probably offers investors a bit more stability: China Mobile. The largest of China's three main telecom providers -- the others being China Telecom, and China Unicom -- China Mobile appears well positioned to capitalize from the nation's continued transition to 4G network standards and smartphone adoption.

A new wave of handsets coming to market, led by Apple's iPhone 7, is expected to spur handset sales growth of 9% in China this year, according to research analysts at Bank of America. Adopting new handset models should help entice Chinese consumers to move into more data-intensive contract agreements, which should help support ARPU growth at China Mobile.

The average analyst estimate has China Mobile's revenues increasing just over 20% in its current fiscal year. Between such industry tailwinds and its current 3.1% dividend yield, China Mobile is viewed as a "strong buy" by the majority of the analysts who cover its shares.

Thanks to their outsize dividend and relatively low risk profile, China Mobile, AT&T, and Verizon stand as three of the best telecom stocks you can buy today.