What are the biggest banks in America? That depends on what you mean by "big."

The traditional way to measure a bank's size is by its balance sheet -- that is, the cumulative value of its assets. But the flaw in this approach is that it doesn't actually reflect what a bank is worth. 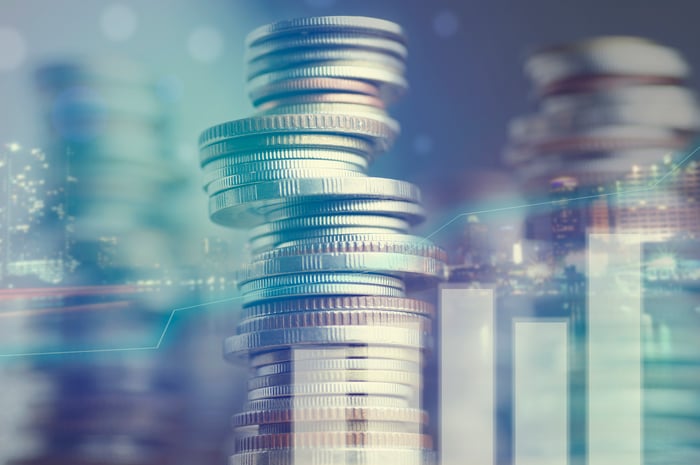 Banks are highly leveraged institutions, typically holding $10 worth of assets for every $1 dollar in capital. The latter, not the former, more closely approximates a bank's net worth.

Given this, another way to measure a bank's size is by looking at its shareholders' equity, or book value. But this too has shortcomings, as most banks don't trade for book value.

So, how do you reconcile the fact that a bank's book value only roughly approximates its actual value? The answer is to look at its market capitalization.

What is this, you ask? According to The Motley Fool's knowledge center:

A company's market cap is thus derived by taking its shareholders' equity and then multiplying that by the premium or discount to book value that its shares currently trade at.

With this in mind, here are the nation's 10 biggest banks by market cap:

As you can see, there's a clear difference between the four biggest banks in the country -- the "too big to fail" banks -- and the rest. JPMorgan Chase and Wells Fargo have market caps above $200 billion, while Bank of America and Citigroup are the only other two that eclipse $100 billion.

It's also worth noting that these figures fluctuate in line with a bank's stock price. To this end, for the last few years, Wells Fargo was actually the biggest bank by market cap, despite the fact that its balance sheet is roughly a third smaller than JPMorgan Chase's. After Wells Fargo's recent troubles, however, it's fallen back to second place.

And while Bank of America and Citigroup lag far behind their bigger (by market cap) peers, the gap will undoubtedly narrow as their profits continue to improve from where they were eight years ago at the nadir of the financial crisis.

In short, while measuring the size of a bank by its market cap is only one way to do so, it's an important concept for investors to know.