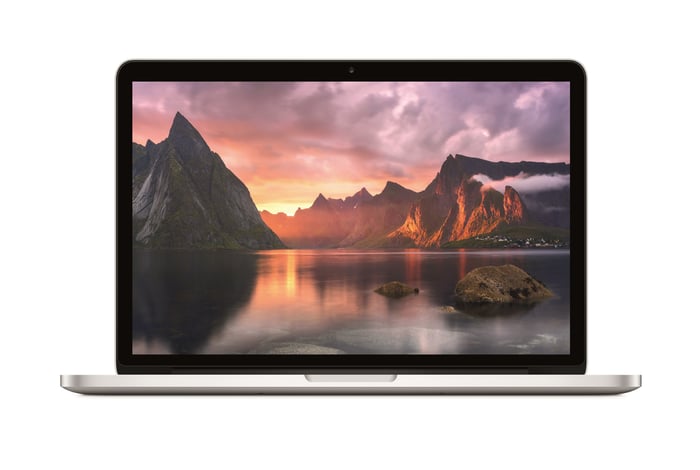 MacRumors' Eric Slivka recently penned an interesting article analyzing a leaked Intel (NASDAQ:INTC) processor road map in the context of how those plans will impact Apple's (NASDAQ:AAPL) Mac personal computer business. In particular, he points out that the death of Intel's Iris Pro graphics -- a high-performance integrated graphics option that Intel offered on its highest-end notebook processors -- could have an impact on Apple's processor choices in future iMacs.

Slivka points out that "there are a few possibilities including a return to dedicated graphics chips across the 15-inch MacBook Pro lineup or perhaps significant enough improvements in Intel's GT2 [graphics] tier to make it a viable primary option for low-end configurations."

I believe that the most likely option is the first one that Slivka brought up. Here's why.

In other words, unless Apple was willing to transition to integrated graphics only, it couldn't take advantage of the lower power consumption of the integrated solution to make the device smaller, thinner, and/or lighter. Clearly, Apple didn't think the performance of Iris Pro was good enough to be able to completely forgo a stand-alone graphics option in the 15-inch MacBook Pro.

The rule of thumb is that, with all else being equal, a larger chip is more expensive to produce than a smaller one. So the problem that Apple faced from a cost structure perspective is this: All of the 15-inch MacBook Pros -- not just the ones that use stand-alone graphics -- used the more expensive Iris Pro chips.

This means that the 15-inch MacBook Pros with stand-alone graphics essentially had a graphics processor that was way oversized sitting there alongside the main processor. The on-package memory, according to AnandTech, provided modest performance benefits in some CPU-bound tasks, but the much higher cost structure likely doesn't justify those small performance increases.

The performance of that stand-alone graphics processor is likely to be better than what Intel's integrated Iris Pro could deliver anyway, and if the stand-alone graphics solution winds up being a little more expensive to sell, then Apple could just increase the pricing of the base model of the 15-inch MacBook Pro a bit.

After all, when one is spending a minimum of $2,000 on a system -- and many customers are likely to pay for costly storage/memory/processor upgrades anyway -- a little bit of a price bump probably isn't going to radically change the demand profile for the systems.