If you're willing to take on a little extra risk, the rewards could be tremendous. Here are three stocks that deserve a closer look.

Investing is, at its heart, all about balancing risk and reward, and this is something many investors struggle with on a regular basis. And while too much risk can destroy a portfolio in short order, too little risk can leave you falling short of your long-term investing goals. Sometimes, a little more risk can mean a lot more opportunity for profit.

With that in mind, some of our top contributors picked three companies that offer a compelling opportunity, even if they are higher on the risk scale. Looking to add some upside to your portfolio at the cost of a little more risk? Keep reading for three stock ideas whose risk levels are matched only by their potential for big returns. 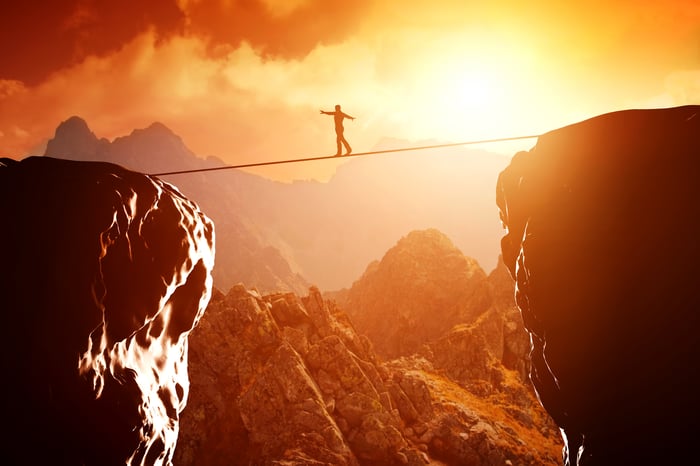 Banking on no bad actors

Jason Hall: Over the past year, internet bank BofI Holding, Inc (AX 1.39%) has been hounded by accusations that its results are the product of a number of misdeeds, from dealing with criminals to monkeying with appraisal values -- and a whole litany of things in between. These accusations started with a wrongful-termination lawsuit filed last year by a former employee who has tried to claim whistleblower status, and they now include a class action securities fraud lawsuit. Throughout this saga, short sellers have piled into BofI stock, and the share price has suffered. 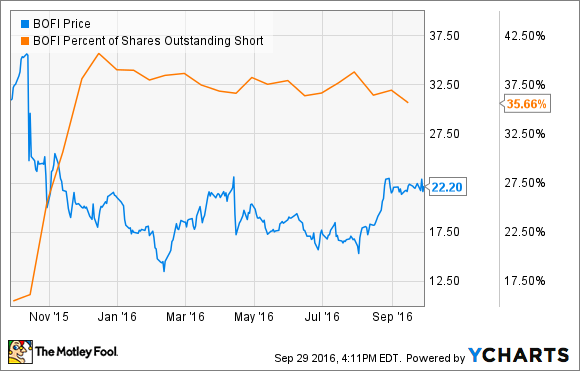 However, over the past year, essentially nothing that BofI has been accused of has been proven true, and regulators have taken no action beyond the regular audits and oversight that any bank typically experiences during the course of a year. Furthermore, BofI has made two acquisitions, both of which required regulatory approval, and it also commissioned an independent investigation into the claims made against it. Both acquisitions went through just fine, and the independent investigation found no merit in the claims made by the former employee.

There has also been some relatively good news on the legal front. In both of the lawsuits filed against BofI, the courts granted BofI's motion to dismiss some of the claims against the company, its board of directors, and several executives, though others motions were denied. Furthermore, the former employee who "blew the whistle" presented his findings to regulators and was denied whistleblower status months ago, calling into question his claims.

Despite all of the (admittedly anecdotal) evidence that BofI is probably not the crooked bank it has been portrayed to be, its short interest has remained stubbornly high, and that shouldn't be ignored, because investors are betting a lot of money that something is rotten in the state of BofI.

Still, if the shorts are wrong, and BofI really is the high-quality, fast-growing bank that its financials and historical results suggest it is, then this could be one of the best risk-reward investments out there right now.

Invest in the next generation of surgical robots

Todd Campbell: Risk-tolerant investors might want to join medical device giant Medtronic plc (MDT -0.36%) in cozying up to Mazor Robotics Ltd. (MZOR). Medtronic signed on to market Mazor Robotics' robotic spine surgery system globally in May, and as part of that deal, it acquired a roughly 10% ownership stake in Mazor Robotics for about $30 million.

Medtronic is in the process of training hundreds of salespeople, and if those salespeople can successfully generate system sales, then it should lead to a spike in sales of high-margin consumables that are used in spine procedures. If so, then Mazor Robotics could on the brink of finally turning a profit. Last quarter, it lost $4.1 million.

There's no guarantee Medtronic's marketing plan will be successful, but I'm betting that adding "hundreds" of Medtronic sales people to the 17 who currently pitch the product for Mazor Robotics will pay off. If I'm right, then buying Mazor Robotics when its market cap is only $540 million could be a smart move.

Brian Feroldi: One stock likely to appeal to risk-loving investors is Novocure (NVCR 4.73%). This company's claim to fame is creating the Optune system, which is a medical device that's worn on the skin and emits low-intensity, alternative electric fields. Those fields have been clinically shown to disrupt cell division in cancerous solid tumors, providing patients with a non-invasive alternative to chemotherapy.

Currently, the Optune system has been FDA approved to treat recurrent and newly diagnosed glioblastoma -- a type of brain cancer -- but the company believes the Optune system holds promise as a treatment for other cancers like lung, ovarian, pancreatic, breast, and more.

Because the company is a pioneer in this new and exciting field, it has had a hard time convincing insurers to cover the system, but that looks like it's slowly changing. Last quarter, the company said that 10 million more patients can access the system, bringing its total up to 116 million nationwide.

Healthcare providers look like they're warming up to the Optune system, too. Prescription volume grew by 54% last quarter, allowing the company's revenue to grow by a huge 174%. That number should scream higher in the years ahead as the company gets the word out and expands coverage.

Of course, Novocure is still bleeding capital, and its expenses are likely to rise substantially in the years ahead as it drives for continued fast growth. Still, this company's long-term potential looks massive if the Optune system can win label expansion claims. That makes Novocure a high-risk, high-reward stock that's likely to appeal to investors who prefer to swing for the fences.

3 Growth Stocks That Could Double

3 Popular Stocks That Have Us Spooked