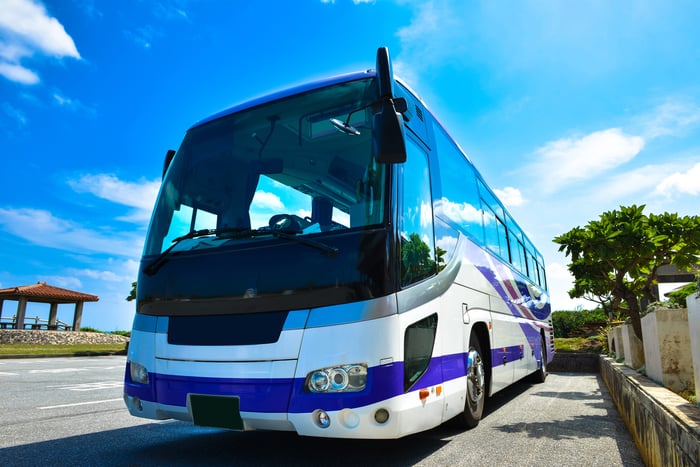 Late last week, Ballard Power Systems announced that 12 fuel-cell-powered buses had hit the streets in Guangdong, China. This is part of a planned deployment of 300 fuel-cell buses in China, in an effort to demonstrate fuel-cell technology for public transportation.

This is part of Ballard's goal of bringing fuel-cell technology to new customers around the world. The company localized design of fuel-cell modules for the buses in China, and is partnering with local companies to manufacture product there.

China has been a leader in pushing alternative-fuel technologies like fuel cells, so it's important for Ballard Power Systems to play a leading role. What's key about the bus program isn't necessarily the revenue from the current partnership, but rather the demonstration of the technology's capabilities and the buildout of infrastructure for more vehicles. That could help grow adoption of fuel-cell vehicles in China and elsewhere around the world.

For now, there are more questions about Ballard Power Systems' ability to make money than about its technology, and money is where investors should be focusing. I think the China news is an incremental positive, but until the company demonstrates it can make money sustainably, this is a high-risk stock for investors and is worth being cautious about.