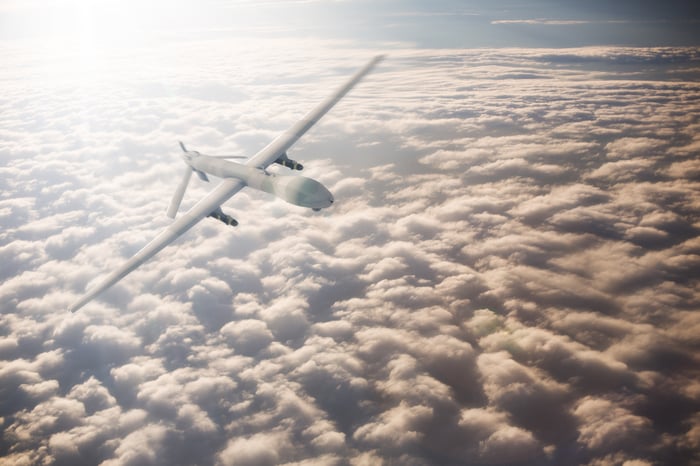 Shares of security company KEYW Holding Corp. (NASDAQ:KEYW) jumped 10.7% during the month of September after the company won a major contract.

Leidos Inc. has awarded KEYW Holding a contract valued at up to $268.5 million to support the Army Geospatial Center's High-Resolution, 3D Geospatial Information program. The contract has a base period worth $49.5 million annually and a four-year option as well.

This win demonstrates the company's improved capabilities in 3D imaging and data capture around the world. Leidos' program will use high-altitude aircraft to collect data, and KEYW will play a major role in developing and deploying the technology.

KEYW Holding generated $311.8 million in revenue during 2015, so this is a major contract win for the company. It remains to be seen if it will be enough to bring it to a positive net income position, but the extra revenue certainly won't hurt. I would like to see more progress beyond being around breakeven the last couple of quarters before getting too excited about a single contract win, but count last month's news as an incremental positive for the company.