Steve Symington, Jason Hall, and Brian Feroldi
(XMFSymington)
Author Bio
As a technology and consumer goods specialist for the Fool, Steve looks for responsible businesses that positively shape our lives. Then he invests accordingly. Enjoy his work? Connect with him on Twitter & Facebook so you don't miss a thing.

When many people think of capitalism, they often equate it to things like greed, deceit, and even generating outsized profits at the expense of others. So the concept of "conscious capitalism" might seem like an oxymoron. But there's a sort of hidden genius underlying this novel approach to business.

John Mackey, Whole Foods co-founder and CEO, once stated, "Conscious capitalism is a more complex form of Capitalism that reflects and leverages the interdependent nature of life and all of the stakeholders in a business." Incidentally, by encouraging businesses to serve the needs of all stakeholders involved -- from customers to employees, investors, communities, suppliers, and the environment -- conscious capitalism is even more effective at generating profits than its less socially responsible counterpart.

For example, when Raj Sisodia, co-author with Mackey of Conscious Capitalism: Liberating the Heroic Spirit of Business, singled out 28 companies he believed were the most conscious, he found that the 18 publicly traded companies among that group had outperformed the S&P 500 by a stunning factor of 10.5 from 1996 to 2011.

But how can investors find the most promising conscious capitalists that today's market has to offer? To help get you started, we asked three Motley Fool contributors to each pick a stock they believe fits the bill. They chose Panera Bread (NASDAQ:PNRA), Splunk (NASDAQ:SPLK), and Trex Company (NYSE:TREX). Read on to find out why.

Giving its product away for free

Brian Feroldi: One shining example of a company that practices conscious capitalism is Panera Bread (NASDAQ:PNRA). This quick-service restaurant has a long history of doing good in the communities within which it operates, but it hasn't always led to gains in its bottom line.

As an example, Panera Bread donates all of its leftover bread and baked goods to local food banks at the end of each day. In addition, the company has experimented with a handful of "Panera Cares" cafes, which are non-profits that operate on a pay-what-you-can model. These cafes provide customers with a suggested donation amount for its food items instead of charging a fixed price.

That means that customers are under no obligation to pay for their food, so anyone who faces food insecurity can walk in and enjoy a warm meal free of charge. The company only operates a handful of Panera Cafes right now, but it has set a long-term goal of opening one in every city in the country.

Moves like these show its customers that Panera cares more being a good member of its community than it does about maximizing short-term profits. Perhaps it should come as no surprise that customers reward Panera with their repeat business, which, in turn, has helped to grow Panera into a $5 billion restaurant concept.

Steve Symington: Splunk (NASDAQ:SPLK) has long strived to use its expertise in processing big data for the greater good. The company has offered licenses and education of its industry-leading operational intelligence software platform to five million students through partner Internet2, and has also made them available to nonprofit organizations with the founding of its Splunk4Good initiative. 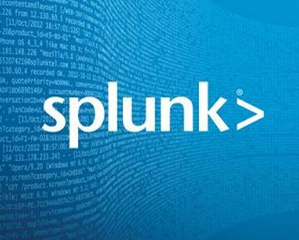 I was more than happy last week to see Splunk kick its dedication to philanthropy up a notch with Splunk Pledge, under which it promised to donate a minimum of $100 million in software licenses, training, support, education, and volunteer work to nonprofit and educational organizations over the next decade.

In particular, I think it's impressive to see that Splunk is having its employees collectively donate up to 60,000 hours of paid volunteer work every year to "organizations, causes, and social issues they are passionate about." And though this aspect of Splunk Pledge is obviously in its earliest stages, I look forward to seeing which organizations, causes, and social issues this fast-growing, high-tech company chooses to tackle. This is something that should also serve Splunk well by giving its employees a greater sense of loyalty and purpose.

In the end, I agree with Splunk's assertion that "big data can make a difference," to both the world and investors who want to own a piece of this socially responsible business.

Jason Hall: The home improvement and construction industry can be very wasteful, generating huge amounts of material that ends up in landfills every year, and a slew of chemicals ranging from solvents to paints to sealers that can be difficult to dispose of. Trex Company is making a positive impact on one area of home improvement with its wood alternative decking material.

Trex is the market-share leader in wood alternative decking, making its product from a combination of recycled polyethylene plastic and wood, leading to an end product that's 95% recycled content. There's even more benefit, because Trex's decking is designed to last significantly longer than traditional wood decking, and it also doesn't need the annual waterproofing or staining that wood decks require in order to stand up to Mother Nature. Not only does this save the homeowner money and time, but it's a far more environmentally friendly way to improve your home.

For investors, Trex's financial performance has been incredible. Since the beginning of 2013, revenue has increased 50%, earnings per share have gone up a whopping 3,150%, and the share price has more than doubled. And there's plenty of reason to see Trex continuing to make for a fantastic investment.

The company may be the market share leader with over 40% of alternative wood decking sales, but it only accounts for about 6% of total decking sold in North America. In other words, there's huge room for the company to grow its market share for years.

Put it all together, and Trex is a wonderful company to invest in, and it also is making a positive impact on the environment.