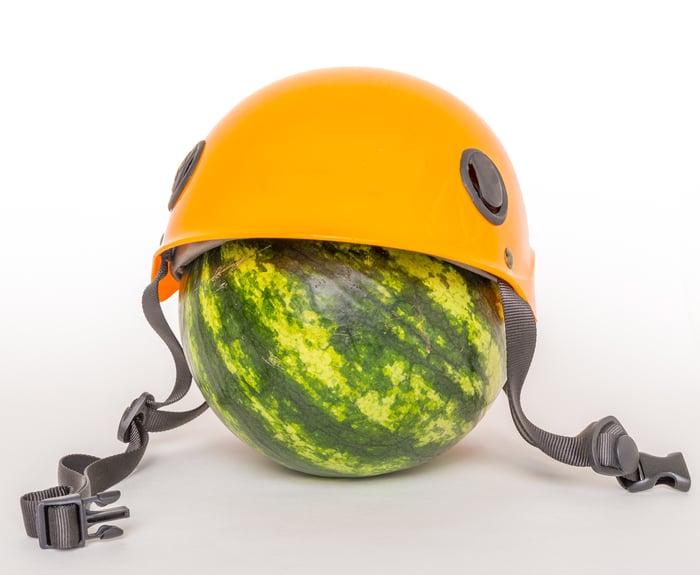 Here's my entry for least controversial statement of 2016: China is large enough and important enough to the global economy to move global markets. But while we tend to focus on the nation's iron consumption or debt levels or number of IPOs, two often neglected numbers should give you pause:

The growing challenge of feeding itself has forced China to invest billions of dollars in dairy farms in Australia and soybean processing plants in Brazil, as well as acquire Europe's leading agricultural biotech company Syngenta. Investors can be sure the country is just getting started, which makes food security one of the best investments of the 21st century.

Technologies that produce more food with fewer resources will be essential to creating a food secure world. That makes Archer Daniels Midland (NYSE:ADM), an agricultural processor investing in innovative food manufacturing platforms, an intriguing stock to own for investors connecting the dots on the importance of food security.

Silicon Valley is obsessed with "disruption," which has popularized the use and abuse of the word. It may be fitting more often than not for software applications, but reality is more complicated when manufacturing physical products. Often times, the companies that have the most to lose from new technologies make the best partners and financiers -- and may even be willing to "disrupt" themselves.

Archer Daniels Midland is a great example. The $25 billion company is a leading producer of food ingredients, animal feed and feed ingredients, ethanol, biodiesel, and other products. It has operations across the globe. It's the largest ethanol producer in the United States. And yet, despite its success in traditional (some might say "boring") markets, it isn't shy about investing in new technologies capable of upending its supply chain.

For example, Archer Daniels Midland seems keen to leverage its fermentation infrastructure and know-how. The company partnered with Synthetic Genomics to develop a new, highly concentrated fish oil ingredient for the aquaculture industry. While the omega-3 fatty acid DHA is an essential nutrient added to fish feed, it's currently sourced from catching and processing wild fish stocks. Not everyone is excited about that, especially food companies conscious about their perceived environmental impact.

To improve the efficiency of DHA production, Archer Daniels Midland and Synthetic Genomics turned to microalgae grown in large tanks similar to those used in beer or ethanol brewing. The industrial biotech process is remarkably efficient compared to traditional production methods. Feed the algae agricultural sugars and other nutrients, let them grow for a few days, and dry the resulting algae cells -- which are the final product. Not only that, the cells contain up to 20% DHA, well above currently marketed products.

Of course, not every investment and partnership pans out. A failed relationship with microalgae food ingredients manufacturer TerraVia, which leased a facility from Archer Daniels Midland in Iowa, demonstrated the high risk of investing in the new field. Luckily, it didn't scare the agricultural processing leader away from investments in food security.

Most investments and partnerships are in the early stages of collaboration and not capable of making a major impact in the next few years, but the last several years have demonstrated the need for the company to diversify into higher value products. Here's how the company's business units performed in the first half of 2016:

While Archer Daniels Midland has experienced a decline in revenue and profits this year compared to the same period of 2015 thanks to lower selling prices for commodity products, management isn't pushing the panic button for global headwinds it can't control. Instead, executives are focusing on using capital more efficiently while accelerating investments in new technologies.

In addition to the investments discussed above, investors shouldn't overlook the acquisition of Wild Flavors. It doesn't leverage industrial biotech (yet), but it provides Archer Daniels Midland with a major source of high value revenue and is currently the bedrock of the company's new Specialty Ingredients operating segment.

In what may be a preview of the future, Ginkgo Bioworks happens to be a global leader in designing organisms capable of producing flavor and fragrance ingredients more efficiently with industrial biotech. Investors may want to look at the newest operating segment for the largest sources of growth.

Archer Daniels Midland, despite its success and market position, has demonstrated to investors that it refuses to be left behind on the innovation curve. Making investments in industrial biotech platforms for producing specialty, high-margin ingredients will give the company a leg up when the market shifts to manufacturing high volume, commodity ingredients capable of driving food security.