Alzheimer's disease (AD) has been a graveyard for experimental medications. A recent study, for instance, reported that a whopping 99.6% of experimental AD drugs failed to improve patient outcomes over the course of 2002 to 2012.

Despite this sky-high failure rate, though, pharmaceutical companies remain deeply intrigued by this disease area, presumably because of the size of this largely untapped drug market. Wall Street, after all, thinks that a core AD medication could haul in a monstrous $20 billion in sales by 2030, given that over 5 million Americans already suffer from this debilitating disease, combined with the fact that there are no disease-modifying treatments available right now.

Big Pharma and biotech kicked off 2016 with a noteworthy 77 experimental compounds in development for AD, according to the Pharmaceutical Research and Manufacturers of America. Among this diverse list of clinical hopefuls, Eli Lilly (NYSE:LLY) and Biogen's (NASDAQ:BIIB) beta-amyloid plaque-busting antibodies -- solanezumab and aducanumab, respectively -- have garnered the most attention of late, in part because of the advanced state of their development.

Lilly, after all, is reportedly close to announcing top-line results from solanezumab's pivotal study in patients with early-stage Alzheimer's. And, if successful, Lilly plans on filing for regulatory approval with the U.S. Food and Drug Administration in early 2017.

The catch, however, is that solanezumab has already flamed out in two late-stage studies targeting patients with more advanced forms of the disease, which has been par for the course for so-called anti-amyloid therapies across the board. And this overwhelmingly negative trend doesn't bode well for either Biogen's anti-amyloid drug candidate aducanumab or, arguably, for solanezumab's chances in its second late-stage effort.

The inherent problem in developing an effective AD therapy is that the build up of beta-amyloid plaques inside the brain is far from the entire story. The emergence of neurofibrillary tangles composed primarily of an abnormal variation of the tau protein, after all, is a prominent feature of Alzheimer's, even though it's considered a downstream event (occurring after the formation of beta-amyloid plaques). Complicating matters further, most patients don't become symptomatic until well after these toxic plaques and neurofibrillary tangles have already begun to form.

As a result, the administration of a second co-therapy aimed at dissolving these neurofibrillary tangles may be a critical step toward slowing or reversing disease progression, regardless of a patient's current stage.

However, the few companies developing AD drug's targeting tau right now -- such as AC Immune (NASDAQ:ACIU), which recently partnered with Johnson & Johnson (NYSE:JNJ) for its anti-tau vaccine -- have been slow to investigate possible combination therapies targeting amyloid plaques and neurofibrillary tangles simultaneously. On the bright side, AC Immune does sport an anti-amyloid drug called crenezumab, as well as multiple anti-tau therapies, perhaps making it a natural candidate to usher in the era of a dual therapeutic approach.

A major drugmaker is quietly rebuilding its Alzheimer's pipeline

After experiencing its own failure with the once-promising anti-amyloid therapy bapineuzumab that was being co-developed with J&J, Pfizer (NYSE:PFE) took a step back from this hotly pursued indication, presumably to rethink its strategy moving forward. Over the course of 2015 to 2016, however, the drugmaker quietly announced that it had initiated a handful of dose optimization, pharmacokinetics, and safety studies for three experimental compounds indicated for AD: PF-05251749, PF-06648671, and PF-06751979.

While the news of a major drugmaker rekindling its AD pipeline is certainly noteworthy, Pfizer hasn't exactly made a big deal about these early stage candidates so far. In fact, Pfizer has provided little information publicly about its nascent AD pipeline.

What we do know is that PF-06648671 appears to be yet another anti-amyloid agent and is currently being assessed in conjunction with the anesthetic midazolam, a drug that inhibited the formation of beta-amyloid proteins in mice. One of this drug's developers, Douglas Johnson, also had a hand in developing Pfizer's megablockbuster breast cancer drug, Ibrance.

Perhaps the real reason to take note of Pfizer's fledgling AD pipeline, though, is the company's history of essentially learning from others' miscues in the drug development game. After all, Pfizer isn't known for its ground-breaking R&D, but rather for its attempts to improve on the efforts of others. The drugmaker, for example, was late to both the cancer immunotherapy party and the PCSK9 inhibitor space for the treatment of hyperlipidemia.

By allowing others to forge ahead, however, Pfizer seems to have gained a distinct tactical advantage by noting what worked and what didn't in these fairly novel areas of drug research. The net result is that Pfizer is on track to develop best-in-class cancer immunotherapy and hyperlipidemia products. And the same story may ultimately play out for Alzheimer's as well, which would be a huge win for shareholders and patients alike. 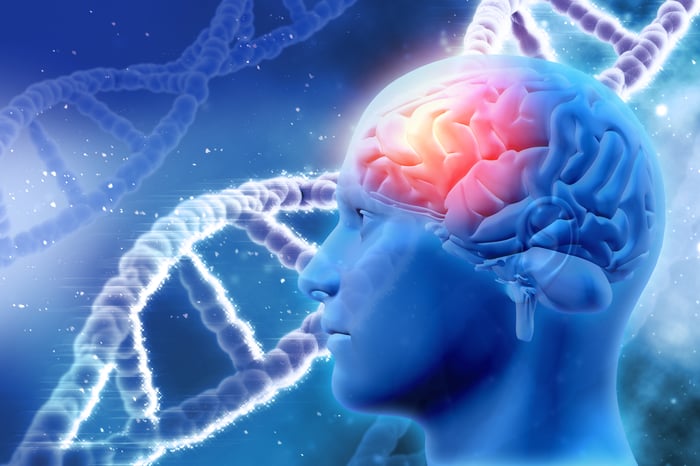 Right now, companies such as Biogen and Lilly seem to be stubbornly pursuing anti-amyloid monotherapies simply because of the billions of dollars already invested in this venture, along with their desire to own a backbone therapy (a drug that would form the basis of various combination therapies). Scientifically speaking, though, the data seem to point squarely in the direction of multi-faceted combination therapies, dimming the possibility that any one single agent could truly act as a backbone therapy.

The heart of the matter is that an effective disease modifying treatment may require something along the lines of an anti-amyloid agent, another compound that slows the reformation of plaques, and still another to treat downstream events such as neurofibrillary tangles. And that's where Pfizer's efforts in AD could be headed, making it a key clinical program to keep an eye on moving forward.