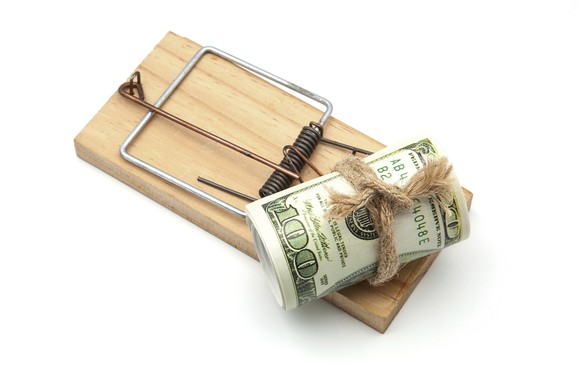 Aetna (NYSE:AET) CEO Mark Bertolini has been frustrated enough by losses on plans his company has offered on the Affordable Care Act's exchanges to remove his company from 11 of 14 states that he participated in during 2016. The move was made to stem mounting losses and his decision reflects what Bertolini views to be a big failure of the program: the inability to adequately share risk between insurers. While its unclear what the silver bullet solution may be to fixing Obamacare, the solution may include changes that tackle short-comings in risk adjustment provisions.

As a refresher, the Affordable Care Act created state-by-state insurance exchanges in which health insurers can compete with one another for members. To encourage uninsured Americans to enroll in health insurance through the exchanges, Obamacare provides carrots, including subsidies, and sticks, including penalties for forgoing health insurance. Subsidies typically reduce plan premiums to less than $100 per month and penalties can cost Americans hundreds of dollars per year.

Initially, Obamacare was crafted to work in conjunction with Medicaid expansion. Obamacare subsidies were intended to keep premiums low for Americans earning between 138% and 400% of the federal poverty level (FPL), or roughly between $23,850 and $95,400 per year for a family of four. People earning below that 138% level were expected to be covered by Medicaid.

However, a 2012 Supreme Court ruling tossed out the mandate that states expand Medicaid, and because Medicaid expansion became voluntary, only 32 states, including Washington D.C., embraced it. This has created some challenges within non-expansion states where low income individuals can fall into a gap between Medicaid eligibility and Obamacare subsidy eligibility, which kicks in at 100% of FPL in non-expansion states.

This year, some of America's biggest insurers are facing losses in the hundreds of millions of dollars on Obamacare marketplace plans, and that's resulting in insurers discontinuing their participation in many states. In addition to Aetna, UnitedHealth Group, the largest national health insurer, estimates that it will lose $850 million on Obamacare plans this year, and as a result, it's exiting all but three of the 30 plus states in which it offered plans in 2016. Humana, another major health insurer, is also retrenching to crimp its losses, reducing its exposure to 11 states next year from 19 states this year.

Since mounting losses are forcing insurers to leave, and less competition is contributing to higher than expected premiums, many worry Obamacare's long-term viability is questionable.

In a recent CNBC interview, Aetna's Bertolini suggested there's little reason for Aetna, or its competitors, to return to the exchanges unless big changes get made to fix Obamacare's risk adjustment policies.

Currently, risk adjustment levels the playing field among insurers by shifting money from insurers with healthier members to insurers with less healthy members. Unfortunately, Bertolini says that in its current form, risk adjustment is simply shifting money from insurers who are losing less money to those that are losing more money so that they all lose the same amount of money. Obviously, that's not a recipe for success.

Fortunately, the Centers for Medicare and Medicaid Services, or CMS, appears willing to tackle the challenges facing insurers in regard to risk pools and risk adjustments. In June, the CMS announced a series of changes that could make plans more profitable to insurers, including:

Insurers want to reduce their exposure to losses and it seems regulators are willing to listen and make some changes. Whether these changes will be significant enough to help insurers profit from the exchanges is anyone's guess. Regardless, Washington's willingness to fix Obamacare, or to wholesale it altogether, depends on the outcome of November's elections.

Is This How We Fix Obamacare? @themotleyfool #stocks $AET $UNH $HUM Next Article
Current