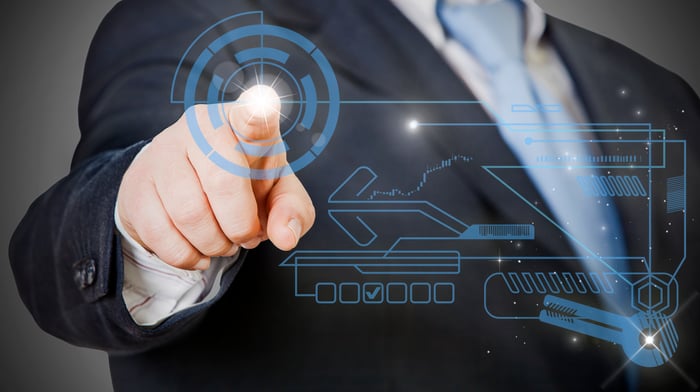 Tech stocks got off to a rocky start in early 2016, but strong earnings performance has caused the sector to bounce back in a big way. The Vanguard Technology ETF, which covers a wide range of tech stocks and is a good bellwether for the broader sector's performance, has nearly tripled the year-to-date gains of the S&P 500, and tech-related stocks look poised to continue offering some of the best opportunities for market-beating performance.
With the goal of helping investors find technology-related companies that could make for strong portfolio additions, we asked three Motley Fool contributors to spotlight a stock that's worthy of consideration. Read on to learn why Cypress Semiconductor (NASDAQ:CY), MarketAxess Holdings (NASDAQ:MKTX), and Activision Blizzard (NASDAQ:ATVI) made their list.

This tech stock could drive your portfolio to big gains

The developer of mixed-signal solutions has struggled in recent months, with slower growth prospects in a number of markets. China's GDP growth has slumped to 7% from its average of about 10% over the prior three decades, the EU has been slogging along with numerous countries mired in debt, and the U.S. has struggled to kick-start its growth engine despite eight years of record-low interest rates. Considering that China and emerging markets comprise about 55% of Cypress' sales, slowing GDP growth is always a concern.

However, the company reported very solid third-quarter results in late October that should alleviate most investor worries in the near term. Despite a decline of 11% in adjusted net income on a year-over-year basis, revenue grew 13%, mostly on account of its acquisition of Broadcom's Internet of Things (IoT) division, which was acquired in early July. As a whole, Cisco Systems is predicting that the IoT market could be worth $14.4 trillion globally by 2022, meaning these double-digit growth figures for Cypress Semiconductor could be sustainable for years to come.

Automotive is viewed as Cypress Semi's potentially largest growth opportunity, with sales in the division growing 25% year-over-year, and automotive now accounting for 32% of total sales. Gartner anticipates that up to 250 million connected vehicles could be on the roads by 2020, which further confirms Cypress' double-digit IoT growth opportunity.

Currently valued at only 14 times forward earnings, with a PEG of 0.9, and paying out 4.4% annually in a dividend yield at current prices, Cypress is a name for growth and value investors to seriously consider in November.

Bringing the bond market into the 21st century

Brian Feroldi (MarketAxess): I've never bought a bond, but billions of dollars' worth of fixed-income products change hands every day. You' might assume that in today's hyperconnected world these transactions occur electronically, but you'd be wrong. A lot of bond trading actually takes place through one-on-one exchanges over email and phone.

MarketAxess is on a mission to try to change that. The company created an electronic trading platform that makes it far more efficient for institutional investors and broker-dealers to connect. Clients who sign on get far more liquidity, transparency, and data than ever before, making it easy for them to buy and sell securities.

As the top dog in the space, MarketAxess is now greatly benefiting from the network effect. As more customers sign on to its platform, more liquidity becomes available. That makes it better for all market participants and gives MarketAxess a competitive advantage that makes it nearly impossible to compete with.

Although the company has been gobbling up market share for more than a decade, it is still nowhere close to saturating the market. That suggests that this company should be able to grow revenue and profits at above-average rates for years to come, which makes it a great stock to consider buying today.

Keith Noonan (Activision Blizzard): Activision Blizzard stock has gained more than 220% over the past five years and trades near all-time highs, but tailwinds in the video game industry and the publisher's stellar catalog of properties point to opportunities for continued gains.

Activision is striking a great balance between managing established franchises and introducing new properties, and it's helping the publisher maintain its position at the forefront of video games. Take the popular first-person-shooter genre as an example. Between Call of Duty, Destiny, and its new hit Overwatch, the company publishes three of the biggest tiles in the category. The newcomer, Overwatch, reached 500 million hours played faster than any other game in company history, recorded more than 20 million players in the five months following its release, and is popular enough that Activision is considering producing a television series or movie based on the property.

Transitioning its franchises to filmed entertainment opens up new revenue streams and also provides a way to strengthen its key franchises. The company's teaming with Comcast for Warcraft wound up as a disappointment at the American box office, but the movie did great business in China, where Activision has the potential for big growth and recently reupped its partnership with NetEase to distribute games in the country. The company is also working to bring Call of Duty to the big screen, and its recently released Netflix series Skylanders Academy has received a favorable reception and could give its toys-to-life franchise a needed boost.

With its catalog of gaming properties looking stronger than ever, opportunities in new geographic and media segments, and big gains on the digital revenue front, Activision Blizzard stock looks worthy of buying, trading at roughly 22 times forward earnings estimates.