Plug Power (NASDAQ:PLUG) recently reported Q3 earnings. Failing to meet analysts' expectations by $0.02, the company reported a $0.07 loss per share. But there's much more to a company's quarterly performance than just one number, so let's dig in and take a closer look at how this fuel-cell leader fared in its third quarter.

Currently, one of the most pressing issues facing the fuel-cell industry is whether the investment tax credit (ITC) will be renewed. Unlike solar and wind technologies which continue to drop in price -- making them cost-competitive with traditional energy sources -- fuel-cell technology remains expensive. There are plenty of obstacles facing the fuel-cell industry, but an expired ITC could provide the greatest hindrance to the industry's success.

Updating investors on the status of the ITC, Plug Power's management claimed that it "remains optimistic" that the ITC will be renewed during the lame-duck session of Congress in December. The company also reported that it sees "continued strong support on both sides of the aisle." But this can hardly be taken at face value. These comments may sound auspicious, but one must note that this earnings presentation occurred before the election of Donald Trump -- an inauspicious event for the fuel-cell industry. So inauspicious, in fact, that its ripple effects are affecting the lame-duck session.

According to Bloomberg, Sen. Orrin Hatch, when asked about extensions, said, "I personally don't want to have any tax extenders." Plug Power may hear support from both Republicans and Democrats, but it doesn't carry the same weight as when Hatch, president pro tempore of the Senate, reveals that he's uninterested.

Through the first half of the year, management has consistently affirmed its guidance of using less than $20 million in operating cash flow for fiscal 2016. Understandably, management failed to mention the target in the Q3 earnings presentation. 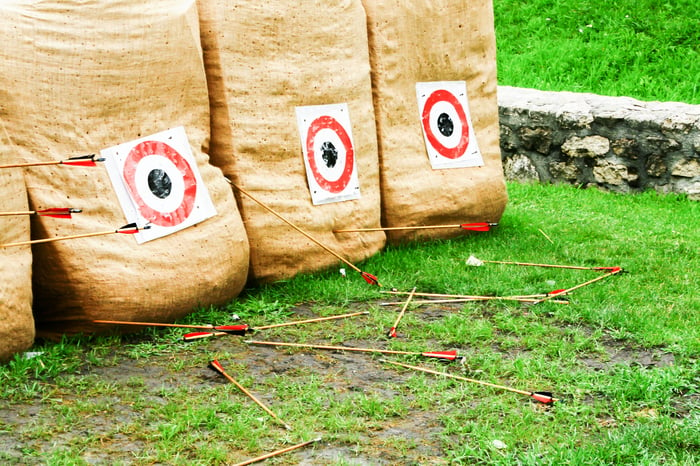 Since the company has never reported quarterly positive cash flow, it seems safe to say that it will continue to report negative operating cash flow in the fourth quarter.

Mark this as just another instance of management's failure to deliver, yet it's hard to forget the most egregious example. On a conference call in 2013, Marsh suggested the company would achieve breakeven on an EBITDA basis in fiscal 2014. Instead, the company reported an EBITDA loss of $84 million.

Besides leveraging the Internet of Things technology to provide predictive maintenance -- among other benefits -- to its customers, Plug Power has endeavored to improve its service business by opening a new service center in Dayton, Ohio. As the company's performance in Q3 suggests, the company's efforts are off to a promising start. In fact, Marsh claimed, on the conference call, that the improvements in the service business are "driving meaningful progress toward our goals of better than 30% gross margins for service in the long-term."

Although it would be advisable for Marsh to be a little more circumspect in providing aggressive future targets, there is a strong likelihood that the company does recognize substantial benefits from its improved service offerings.

As management has demonstrated before, it has a knack for providing lofty forecasts and failing to achieve them. Unlikely to use less than $20 million in operating cash flow for fiscal 2016, Plug Power continues to illustrate how difficult it is to succeed in the alternative-energy market. And it seems far-fetched that success will come any closer than the horizon anytime soon.