There was a time, not so long ago, that original television content was limited to broadcast networks and syndicated shows like Xena: Warrior Princess. That quickly changed in the 1980s with the rise of cable, first with lower-quality schlock then moving into top-quality programming on premium channels like HBO. Now, high-end shows can be found not only up and down the television dial, but also on Netflix (NASDAQ:NFLX), Hulu, Amazon (NASDAQ: AMZN) Prime, and a handful of other services.

Original content has become a very crowded space, but its ability to attract eyeballs makes it attractive even though it has become much harder to actually do that. In a world where people already have an unprecedented wealth of choices on Netflix alone, the idea of entering the original content space seems foolhardy.

But that has not stopped companies from trying, even if original content airing on places like Verizon's Go90 service have had little, if any, success. Now it appears that Facebook (NASDAQ:FB) has plans to become a player in original content while Starbucks (NASDAQ:SBUX) has put its toe further into the water. 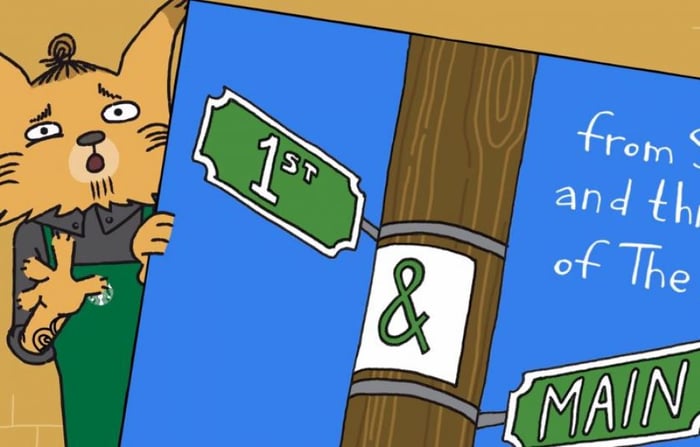 Facebook has been dancing around the edges of the scripted content space for the past few years. The platform, for example, aired the premiere episodes of HBO's Ballers and The Brink in 2015. That deal not only let the pay cable channel try to entice subscribers by showing them two highly anticipated shows for free, it got people used to the idea of watching scripted shows on the social media platform previously known for short videos.

Now Facebook has reached out to television studios and other video producers about licensing shows, Recode reported. These are not Game of Thrones-level deals or even ones in line with Amazon's or Hulu's efforts to produce high-quality shows on smaller-than-normal budgets by offering creators more freedom than traditional TV. Instead, the social media leader appears to be looking to explore different formats.

"Our goal is to kickstart an ecosystem of partner content for the [Video] tab, so we're exploring funding some seed video content, including original and licensed scripted, unscripted, and sports content, that takes advantage of mobile and the social interaction unique to Facebook," company executive Ricky Van Veen told Recode. "Our goal is to show people what is possible on the platform and learn as we continue to work with video partners around the world."

Starbucks entered the original content space in September with Upstanders, a show that offered 10 stories, "each told in written, video and podcast form, about ordinary people doing extraordinary things to create positive change in their communities," according to a press release. At the time, the series was presented as an effort to counteract the "divisiveness and cynicism currently fueling our national discourse." The episodes were available on the Starbucks website.

And while creating an original television-style show may have been a new move for the company, its message was in line with other efforts supported by the chain. Now, Starbucks has announced a new original content effort, 1st & Main, a series of 90-second animated shorts "highlighting warm and familiar everyday moments that happen in Starbucks stores across the country," according to a press release. The seven-episode series, written by The Simpsons writers John Frink, Joel H. Cohen, and Rob LaZebnik, debuts Dec. 16 on the company's website.

It's hard to see exactly why Starbucks has decided to enter the content space. Upstanders seemed like a branding exercise with the company spending money to create a show in line with its social messaging. 1st & Main is something else entirely, as it does not have a social purpose nor will  people's watching it directly lead to people buying coffee.

Instead, the animated show is an attempt to reach a younger audience by attempting to go viral. It's a marketing play and not really a sign that Starbucks plans to make a big play in the original content space.

Facebook, however, while it may downplay its ambitions, sees the ability to attract and monetize viewers for original shows. Netflix had over 83 million paying subscribers at the end of Q3,2016. Facebook has 1.18 billion daily active users, and 1.79 billion monthly active users.

That means nearly 25% of the entire global population could watch a show on Facebook. That's also an audience the social-media leader needs to constantly find new ways to engage.

Starbucks is essentially playing with video and seeing if it can use its audience to launch content that advances its brand. Facebook sees how long-form original video could be a next big thing for the site. Currently, that's not a threat to Netflix, but in the long term, if scripted video works on Facebook, then it's easy to see how the company could become a major player in the space.