The typical person in a year or two will hardly remember what got Wells Fargo (NYSE:WFC) into so much trouble this year. For the time being, though, the bank's fake-account scandal continues to wreak havoc on its performance.

According to data released by Wells Fargo last week, the number of new accounts being opened at the bank has plummeted. New consumer checking accounts were down 41% in November compared to the same month last year. And applications for consumer credit cards dropped by nearly half, or 45%.

This comes in the wake of the Consumer Financial Protection Bureau's revelation in September that thousands of Wells Fargo employees had opened up to 2 million fake accounts for customers in order to meet sales targets and thereby boost the bank's cross-sell ratio.

Since then, Wells Fargo has paid $185 million in fines for the conduct, eliminated sales goals in its branches, lost the ability to hire and fire executives or board members without regulatory approval, and suffered through an onslaught of negative publicity stemming from allegations that the bank punished employees who tried to bring the scandal to light. 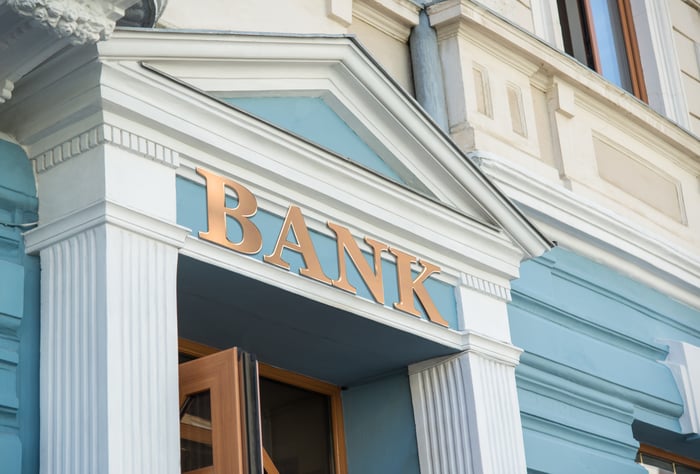 The question going forward is whether Wells Fargo will suffer long-term consequences for the egregious misstep. On one hand, there's little reason to believe it will impact the bank's long history of operating efficiently and prudently managing risk, two of its main competitive advantages.

Yet, given that another of Wells Fargo's strengths over the years has been its ability to cross sell multiple products to customers, one can't help but wonder how its decision to eliminate sales goals in its branches will weigh on its growth rate. The answer is almost certainly that it will, what remains to be seen is whether the impact will be material.

One thing going in Wells Fargo's favor is the fact that bank branches are already losing their relevance, replaced by mobile and online banking. This minimizes the downside to the bank's decision to eliminate product sales goals for its branch-based employees. Wells Fargo has 27.4 million active digital customers, 18.8 million of which use its mobile app. Consequently, while the number of customers visiting Wells Fargo branches fell 14% in November compared to 2015, a portion of the difference is captured by the growth of digital banking. Online and mobile banking sessions increased 10% over the same stretch.

Given these moving pieces, it's too soon to predict what the long-term impact from Wells Fargo's fake-account scandal will be. Though, looking at its stock price today, nearing its all-time high, it's safe to assume that the market doesn't think it will be too dire.