Who will win the race to a self-driving car?

That's a question lots of investors seem to be asking. It's not hard to understand why: Self-driving cars could dramatically change the way many of us get around, and transformative new technologies tend to offer big profit opportunities for those who are able to see them coming.

Recently, a Foolish colleague asked me to come up with some sort of metric that might help us judge the likely "winners" in the race to self-driving cars, at least among automakers. But after some thought, I decided it's not so simple -- and that the idea of "winners" might not be the right way to think about things when it comes to self-driving technology, at least in the near term. 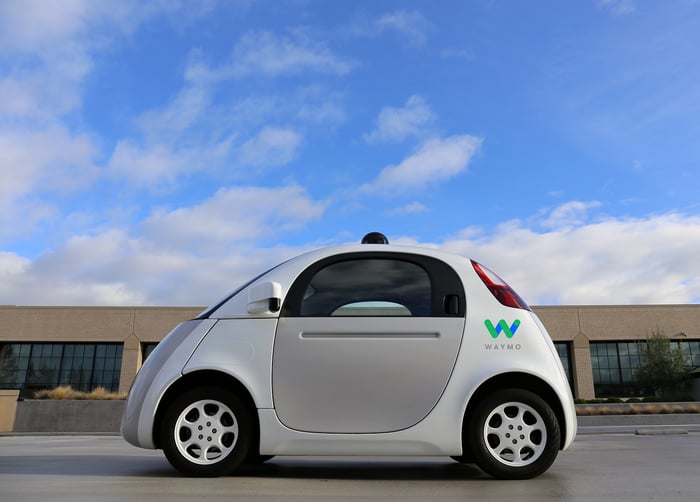 Alphabet's Waymo is one of several companies inside and outside of the traditional auto industry working to bring a self-driving solution to market. Image source: Waymo.

Lots of companies in, around, and outside of the traditional auto industry are working on autonomous vehicle (AV) or "self-driving" technology. Some, like Tesla Motors (NASDAQ:TSLA), are somewhat open about where they are in the development process and when they hope to have something on the market.

But others aren't. Among established automakers and their suppliers, details of upcoming new products and technologies have traditionally been held very tightly, kept secret until a few months before launch.

Take the example of General Motors (NYSE:GM), which is probably among the leaders in developing AV technology. We know that GM acquired self-driving start-up Cruise Automation last year and that the new electric Chevrolet Bolt is its "platform" (GM's word) for testing AV technology. We also know that GM has been working on a not-quite-autonomous system called "Super Cruise" that is comparable to Tesla's Autopilot, and that Super Cruise has been expected to debut as an option on a Cadillac sometime this year (although that's not certain).

But we don't know when GM will bring so-called Level 4 AV technology, a system that can provide full autonomy under some (but not all) circumstances, to market -- or how widely GM will roll it out, or even how it will roll out. Will it be an option on luxury Cadillacs, a self-driving Bolt built specifically for ride-hailing duty, or something else entirely? (Level 5 systems that can drive anywhere a human driver could are thought to be much further off.)

The same goes for most of the other automakers: We don't know exactly where their technology is, how much they're spending, or when (or how) they intend to bring it to market. Will they use an off-the-shelf system provided by traditional industry suppliers, or will they develop a customized, more deeply integrated solution in-house (as GM appears to be doing)?

And we certainly can't tell right now how the different systems under development are likely to stack up -- or how the market will receive them.

Why self-driving technology will quickly become a commodity

Here's the thing that many investors seem to miss: It looks very likely that the entire incumbent auto industry will have access to Level 4 technology before long. Giant auto supplier Delphi (NYSE:DLPH), assisted-driving specialist Mobileye (NYSE:MBLY), and chip giant Intel are working together on a Level 4 system that they promise will be available to any automaker that wants it by the end of 2019.

It will probably be another year or more after that date before the first new cars with those systems go into production. But at some point, likely by 2021 or so, Level 4 technology will be a commodity: Several other companies are known to have rival systems under development.

That doesn't mean that all new cars will offer self-driving capabilities by 2021. The systems will probably be still expensive enough that they'll only make sense for luxury cars and commercial vehicles (which might include vehicles built for ride-hailing services). 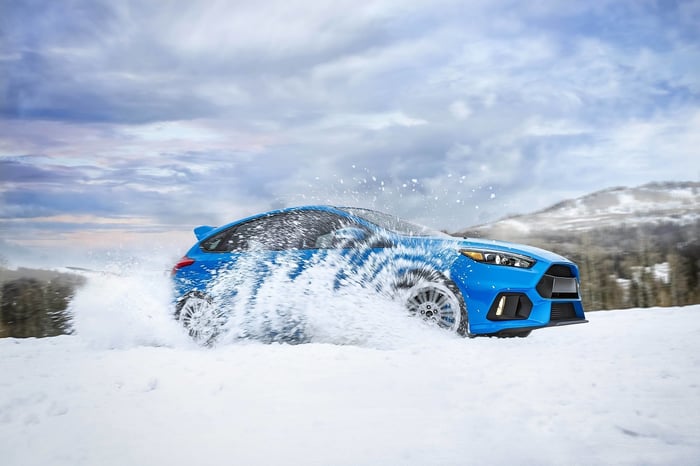 They'll also be geographically limited, and they may be limited by road conditions (think snow and ice) as well. But the maps will expand quickly, capabilities will improve as more cars rack up miles (and data), and the prices of the systems' sensors and other components will drop as more are made. Assuming that it follows the pattern set by many other new automotive technologies over the years, Level 4 systems will gradually become more widely available as costs drop.

Long story short: Level 4 technology will probably be offered on most new vehicles in the U.S. within a decade -- and established auto-industry suppliers will be in a position to supply it.

"So what if," I asked my Foolish colleague, "Tesla brings a Level 4 system to market in 2019 -- but then by 2021 or so, any automaker can buy its roughly comparable technology off the shelf from existing industry suppliers? Does Tesla 'win'?"

I think in such a scenario, Tesla would certainly win bragging rights. That's not nothing: Bragging rights on new technology add value to Tesla's brand in a way that they might not for a big automaker.

But Tesla is only likely to be able to make 500,000 or so cars a year in 2019 and 2020, and that's if all goes well with its upcoming Model 3. That's not anywhere near enough to dominate the global auto market -- it's not really even enough to dominate the luxury-car market in the U.S., Europe, and China. (And if the Model 3 is anywhere near as good as Tesla fans expect, Tesla will be selling all it can make anyway -- with or without a Level 4 system available.)

And of course the Delphi-Mobileye-Intel system will probably have other competition by 2021, so we can't quite declare that group to be the likely "winner" either, at least not yet.

So where does this leave us as investors?

Good question. It's one that I've been struggling to answer for a while.

Right now, the closest thing to a pure-play investment in autonomous driving (among public companies, at least) is probably Mobileye. Mobileye is a profitable business with an enviable client list (nearly all of the world's automakers do business with Mobileye), But it's currently trading at over 100 times earnings, and it's not clear that it will have the earnings growth it will need to reward investors who buy at this valuation.

Meanwhile, an investment in a company like Delphi or GM -- or Alphabet (NASDAQ:GOOG) (NASDAQ:GOOGL) and its Waymo self-driving unit -- is far from a pure play. Sure, AV technology could turn out to be a profitable business for many, but it's not likely to be transformative (at least, not in a good way) for any of them. But that said, it's possible (likely, really) that some companies will come up with ways to differentiate their offerings that allow them to win more market share or profit.

Here at the Fool, we're encouraged to give our readers an "actionable takeaway," an investment idea to research or a thought that could help you become a better investor. When it comes to self-driving technology, my takeaway for you is this: There are no obvious winners now, but there might be once we see how the technology is coming to market.