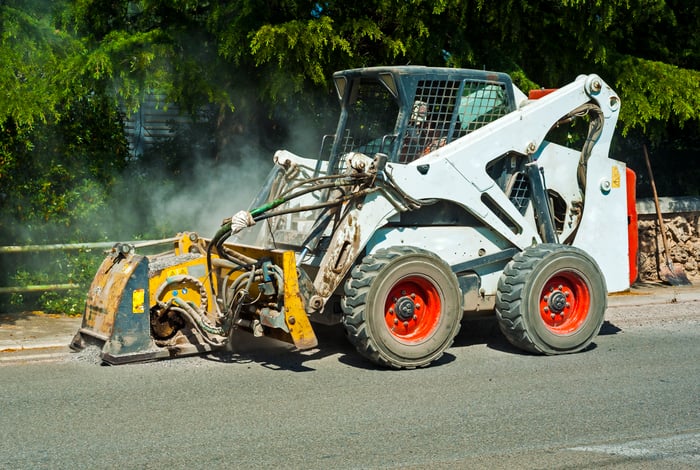 Shares of equipment-rental company United Rentals, Inc. (NYSE:URI) jumped as much as 13.2% on Thursday after the company reported earnings. At 1 p.m. EST shares were still up 12.3% on the day.

Earnings per share adjusted for one-time items were $2.67 in the quarter, up from $2.19 a year ago, and easily topping the $2.24 in earnings that analysts expected.

United Rentals also announced the acquisition of NES Rentals Holdings II, Inc. for $965 million in cash. The deal is expected to close next quarter and management will update expectations after closing.

Operations are essentially flat, with most of the earnings improvement coming from adjustments relating to debt securities. But flat revenue and a slight increase in gross profit in the quarter are more indicative of where the company is heading long-term.

United Rentals performed better than expected last quarter, but with shares trading at 20 times earnings and an already bloated $7.8 billion debt load about to increase with the NES acquisition, the company looks overvalued, in my opinion. Any slowdown in demand will be a huge negative, and investors seem to be overconfident in bottom-line improvement despite slow growth right now.