Please ensure Javascript is enabled for purposes of website accessibility
Log In Help Join The Motley Fool
Free Article Join Over 1 Million Premium Members And Get More In-Depth Stock Guidance and Research
By Brian Feroldi - Feb 2, 2017 at 9:24AM

Shares rose in response to the release of upbeat clinical data from an important phase 2 study. 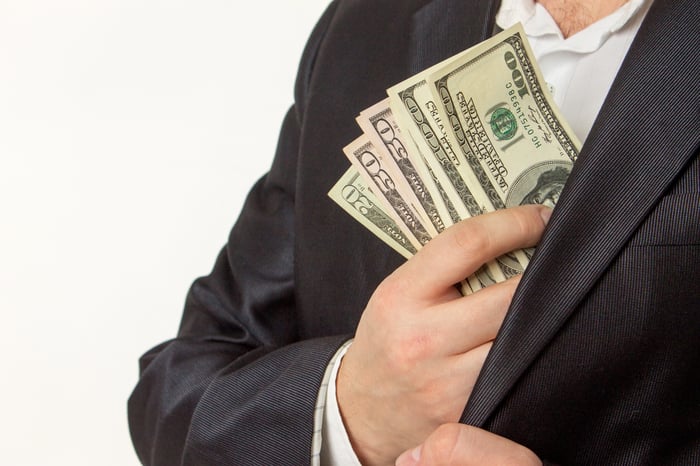 Shares of Halozyme Therapeutics (HALO -0.69%), a commercial-stage biopharma, rose by more than 15% in January, according to data from S&P Global Market Intelligence: 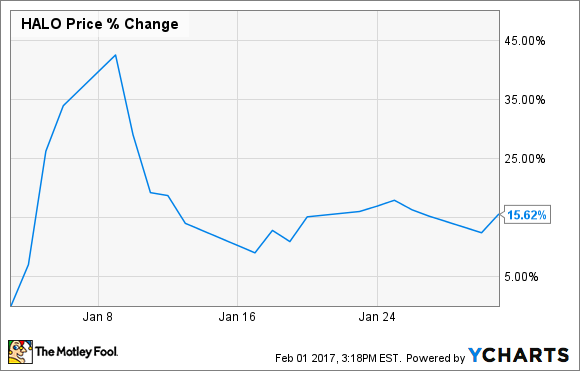 Halozyme kicked off the new year by announcing top-line data from its phase 2 HALO 202 study. This trial was studying Halozyme's PEGPH20 in combination with Celgene's Abraxane and Eli Lilly's Gemzar in treating patients with stage 4 pancreatic cancer.

Data from the study showed that the combination of drugs succeeded in meeting its primary endpoints, which were defined as a statistically significant improvement in progression-free survival (PFS) and a reduction in thromboembolic events. Management was particularly excited to point out that patients who displayed high levels of hyaluronan and took PEGPH20 showed a median progression-free survival rate of 8.6 months, which is a 91% improvement over the 4.5 months observed in the group of patients who did not receive PEGPH20.

The company is currently running a phase 3 clinical trial studying the combination of drugs at more than 160 sites around the world.

Beyond the clinical update, Halozyme also provided investors with guidance for 2017 at the 2017 J.P. Morgan Healthcare Conference. Here's a review of what management expects to happen in the year ahead:

These numbers suggest that Halozyme's revenue is going to decline year over year. However, management quickly pointed out that the decline is mostly because of $20 million in reimbursed research-and-development payments in 2016 that are not expected to repeat in 2017. It doesn't include any potential revenue from new partnerships or collaborations either.

Operating expenses are expected to remain elevated in order to advance the company's pipeline, but they should be roughly flat year over year.

While the company's financial guidance was disappointing, the upbeat clinical news was strong enough to allow shares to rally in January.

Halozyme's clinical data was exciting, but it wasn't exactly bulletproof. In fact, some critics pointed out that the strong PFS data was only achieved in the subset of patients who displayed high levels of hyaluronan. That amps up the pressure on the company to deliver knockout results when it reports data from its larger phase 3 trial.

Unfortunately, investors will have some waiting to do before they know more. Data from the HALO 301 study isn't expected to be available until late 2018. In the meantime, shares are likely to remain volatile. Shareholders should continue to brace themselves for a bumpy ride.