Please ensure Javascript is enabled for purposes of website accessibility
Log In Help Join The Motley Fool
Free Article Join Over 1 Million Premium Members And Get More In-Depth Stock Guidance and Research
By Timothy Green - Updated Feb 3, 2017 at 11:37AM

A strong quarter led to more gains on top of those driven by the company's planned merger with HP Enterprise's enterprise services business. 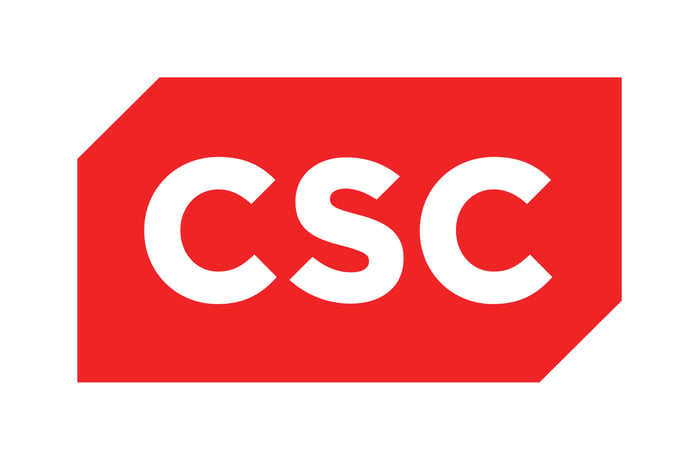 Shares of Computer Sciences Corp. (CSC) jumped on Friday after the company reported its fiscal third-quarter results, wherein it beat analyst estimates for both revenue and earnings. The stock was up about 9.5% by 11 a.m. EST.

Computer Sciences reported third-quarter revenue of $1.92 billion, up 9.5% year over year and about $20 million higher than the average analyst estimate. The global business services segment generated $1.05 billion of revenue, up 18.1% year over year, or up 22.3% adjusted for currency. Acquisitions drove some of the growth in addition to strength in business process services.

The global infrastructure services segment produced $871 million of revenue, up just 0.8% year over year, or up 4.9% adjusted for currency. Again, acquisitions drove some of the growth. The segment was awarded $1.3 billion of new business during the quarter, and the company noted a mix shift toward cloud-based software solutions.

Non-GAAP EPS came in at $0.81, up from $0.73 in the prior-year period and $0.11 higher than analysts expected. Adjusted free cash flow totaled $299 million during the quarter, up from $169 million during the prior-year period. Computer Sciences expects to produce non-GAAP EPS between $2.75 and $3.00 for fiscal 2017, unchanged from its previous outlook.

Computer Sciences CEO Mike Lawrie discussed the areas of strength during the third quarter, as well as the company's upcoming merger with the enterprise services business of Hewlett-Packard Enterprise:

Revenue was up nearly 14 percent in constant currency driven by growth in next generation and Business Process Services offerings, as well as the contributions of our recent acquisitions. In addition, we remain on track to complete our proposed merger with the Enterprise Services business of Hewlett-Packard Enterprise on or about April 1.

Solid revenue and earnings growth led investors to push up the stock on Friday. Shares of Computer Sciences have now nearly doubled since the merger announcement last May, with investors betting that the combination will lead to a stronger business in the future.

Computer Sciences Corporation Stock: Is It Too Late to Buy?

Why Computer Sciences Corporation Gained 48.5% in May