Things look grim for Sears Holdings (NASDAQ:SHLDQ), but the ailing retailer's plan to trim $1 billion in costs and close more stores heartened investors enough to send its stock soaring 25% last week. Has Chairman and CEO Eddie Lampert finally convinced the market he can turn things around for the parent company of the once-venerable Sears chain?

Maybe, though probably not. Sears stock had hit an all-time low before the rally, and even with Friday's big gain it's still lost more than half its value over the past year. The shares may have benefited more from short sellers who got squeezed than from any sudden belief Sears will become relevant to U.S. consumers again, but hope also remains that Lampert can pull a rabbit out of the hat. Sears may not exactly thrive in the current market, but perhaps it can at least survive. 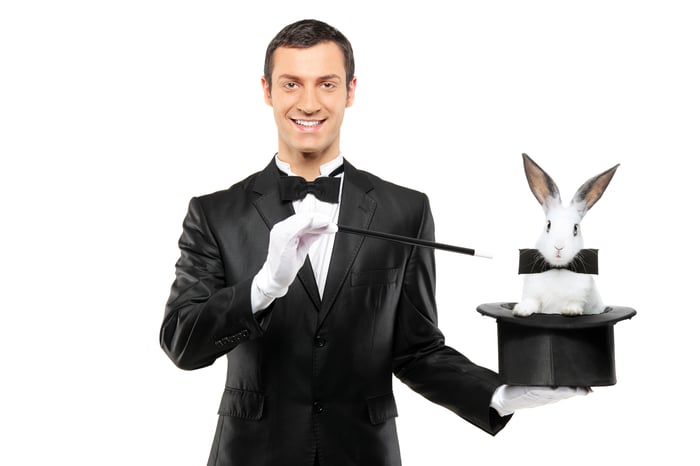 Although I'm a longtime critic of many of the moves Lampert's made over the years that brought Sears to this precipice, with the retailer set to report its fourth-quarter and full-year results later this month, let's look at what Lampert is doing right that just might save Sears after all. I see four areas where his maneuvers might help, and though each carries risk, they could pay off handsomely if they work.

The sale of the Craftsman brand to Stanley Black & Decker (NYSE:SWK) indicates the way Lampert may go with both his Kenmore appliances and DieHard batteries, as well as Sears Home Services and auto centers. On one hand, this move could hurt Sears, because shedding the tool brand and allowing the items to be sold at other retail outlets, even as it retains rights to make and sell them, means it will be competing against itself and gives consumers another reason not to shop at Sears. On the other hand, Lampert structured the deal so the retailer earns a small percentage on every sale Stanley makes for three years. That could give Sears a nice stream of revenue it wouldn't otherwise have.

Doing similar deals for Kenmore and DieHard might generate more cash, too. A better strategy might be to simply open up the brands to more retail outlets outside Sears. No doubt the Stanley deal was done because Lampert needed a quick injection of cash into the business, but making the appliances and batteries available in a Wal-Mart, for example, or at least in Home Depot or Lowe's, would help boost their sales.

Again, it undercuts sales its own stores make, but you can find Coach handbags at a department store as well as in its own stores, so it's not a fatal move and can help foster brand awareness.

The big selling point of a Sears investment has long been the ability of the retailer to monetize its asset base. Lampert finally did that with the creation of the Seritage Growth Properties (NYSE:SRG) real estate investment trust and the sale to it of several hundred stores. By leasing them back from the REIT, Sears relieves itself of the costs associated with the properties.

Of course, that means it still has to pay rent and may have to keep underperforming stores open longer than would be wise because of lease obligations, but so far Sears has sold mostly good properties to Seritage, and it pays bargain-basement rents. More sales will provide it with greater cash, and though that's a one-time fix, Sears' expansive footprint gives it greater flexibility in that regard.

In his restructuring announcement, Lampert reiterated that he planned to close 150 stores in the first quarter and had closed on a $72.5 million real estate sale last month for five Sears stores and two auto centers. He's also committed to marketing and selling an additional $1 billion worth of real estate.

As the company's store base shrinks in size and number, the amount of money it needs to maintain and improve the stores is reduced.

Tied to that model is using its square footage more efficiently. What Seritage is doing with many Sears stores it bought is carving them up and renting out the space to a number of different retailers, such Dick's Sporting Goods, Petsmart, Nordstrom Rack, and Saks Off 5th. It is then tripling the rental income from what Sears paid.

Sears is doing that on a smaller scale, allowing retailers to rent out space in its existing stores. Two years ago Lampert suggested that one day Sears might start opening smaller stores, and while in its current financial shape it's not about to go that route, it can in some fashion do so by reducing its footprint within its own stores. And since it will collect rent from the retailers it shares space with, it accomplishes the same thing while giving Sears an influx of cash.

Lampert said last week he planned to "capitalize on valuable real estate through potential in-store partnerships, sub-divisions, and reformatting," so we'll probably see more of that coming in the future. 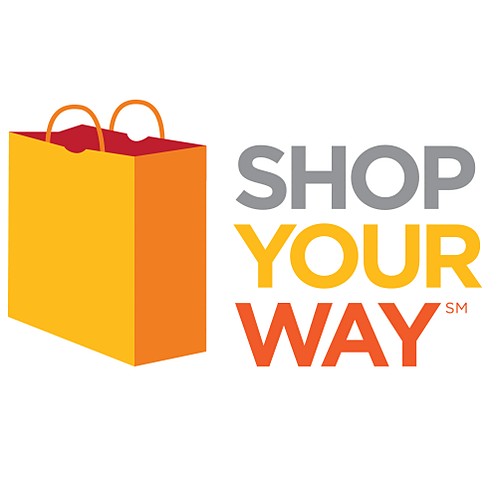 Among one of Lampert's more transformational investments for Sears is the Shop Your Way membership loyalty program that awards customers points depending on how much they spend, whether it's in-store, online, or via catalog. As a result, some three-quarters of all eligible sales at Sears and Kmart stores are from Shop Your Way members.

Lampert has used the member loyalty program as a stepping stone to create his integrated retail strategy, and he continues to expand Shop Your Way's partners, including ride-sharing service Uber and a Shop Your Way-branded credit card with MasterCard. Sure, those are no-cost relationships to the partners, but it can and does make the program more valuable and useful to the millions of members.

There may be no solution. Macy's is falling under the weight of legacy retail and is considering a sale or reorganization. J.C. Penney, which had pulled back from the brink a few years ago, may be sliding again. The Limited closed all of its stores to become an online-only store. (Now there's an idea for Lampert.)

Some of these companies were significantly better situated financially than Sears, and if they're wracked with problems, what hope is there for Lampert and his store? Little, it would seem, but Sears has defied expectations of its demise before, and it could do so again.

In reality, Lampert's big announcement last week really did nothing but codify plans he's already made and told the markets about before. It could very well have been little more than an attempt to soften the blow of what will surely be a very disappointing earnings report. After all, he did say comparable sales will be down more than 10% for the fourth quarter and losses will probably widen over last year.

Lampert may be doing some things right at Sears but if the company survives that doesn't mean I'd be investing in its stock. That rally was nuts. There are structural issues here that would be difficult for a better company to surmount, and Sears isn't one of those businesses. Still, investors might want to hold off writing the eulogies for Sears Holdings for the moment. Reports of its death might not be greatly exaggerated, but they may be premature nonetheless.