Investors have been waiting to see Fiat Chrysler Automobiles' (NYSE:FCAU) stock take off. But it was held back for several quarters because analysts have been wary: FCA was seen as too dependent on trucks and SUVs, too light on advanced technology.

No more. Since the surprise election of Donald Trump, FCA's shares are up a whopping 56%, far outpacing the post-election gains of old rivals General Motors (NYSE:GM) and Ford Motor Company (NYSE:F). 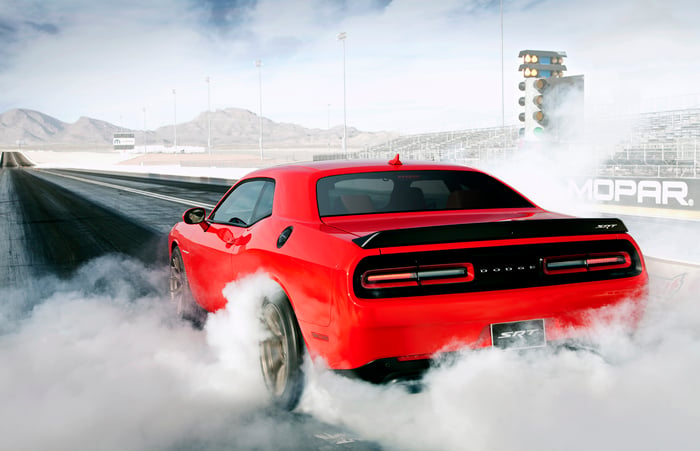 FCA's shares have been on a smoking tear since the election in November. Image source: Fiat Chrysler Automobiles N.V.

Why is Donald Trump's election good news for the Italian-American automaker? The answer lies in that truck-heavy product portfolio.

Obama-era fuel-economy rules are set to tighten over the next few years. Meeting the stricter standards will add costs to big vehicles like Jeeps and Ram pickups that FCA probably won't be able to pass on to consumers. With gas around $2, buyers aren't likely to be willing to pay extra for incremental fuel economy improvements.

That threatened to squeeze FCA's already-tight margins. But President Trump has made a point of giving the Detroit CEOs a hearing -- and it looks likely that some easing of the fuel-economy rules is in the works.

That's one reason why investors have been jumping on FCA's long-downtrodden shares. But there's another: It's starting to look like CEO Sergio Marchionne's long-shot turnaround plan is working. 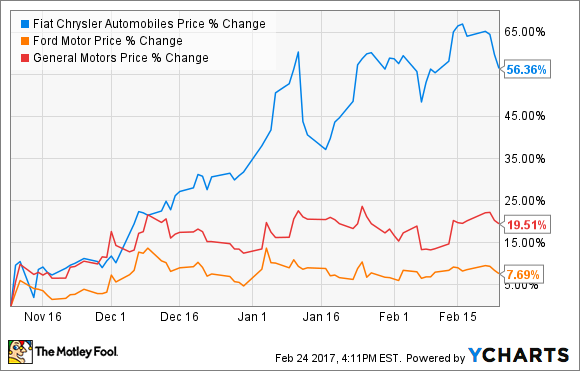 Marchionne set out his goals for FCA in an extremely ambitious "five-year plan" back in 2014. The plan has a lot of moving parts, including the relaunch of the Alfa Romeo brand, a reshuffling of production plants, and the introduction of the Jeep brand to China. The plan's financial goals include a big increase in profitability and a big reduction in FCA's huge debt load.

When FCA released its fourth-quarter and full-year 2016 results on Jan. 26, we learned that the plan is on track. FCA posted a net profit of $1.9 billion for 2016, up from just $100 million the year before. Better yet from the perspective of investors, FCA's guidance for 2017 is upbeat.

That guidance calls for further year-over-year increases in revenue, pre-tax earnings, and net profit in 2017, along with a nice reduction in debt. FCA also said that it's on track to meet one of the five-year plan's big goals -- reducing debt below the level of its cash holdings -- sometime in 2018.

All of that cheered investors. Of course, FCA now has to deliver on that guidance. That won't be easy: The U.S. new-car market's growth has probably stalled, and China's has slowed considerably. But thanks in part to Donald Trump, FCA's chances of getting to sustainable low-debt profitability look quite a bit better than they did just a few months ago.