When Corning Inc. (GLW 1.00%) reported earnings in late January, it committed to continue to reward stockholders handsomely. Its stock price has appreciated nicely over the past 12 months (up roughly 50%) and now it has reiterated its plan to buy back its own shares over the next three years and continue to pay its shareholders a growing dividend. Total cost to the company is projected by management to be at least $12.5 billion through 2019, including annual dividend increases projected to be more than 10%.

Senior VP and CFO Tony Tripeni said the company plans to spend $2 billion on share buybacks in 2017. The company's Feb. 1 announcement of a quarterly dividend hike from $0.135 per share per quarter to $0.155 (a 14.8% increase) indicates the company is delivering on its stated intent to raise the dividend at least 10% per year.

For a company to engage in a large return of capital to shareholders, the company must have a sustainable stream of earnings to draw from. Looking at Corning's business will shed some light on where the cash will come from. 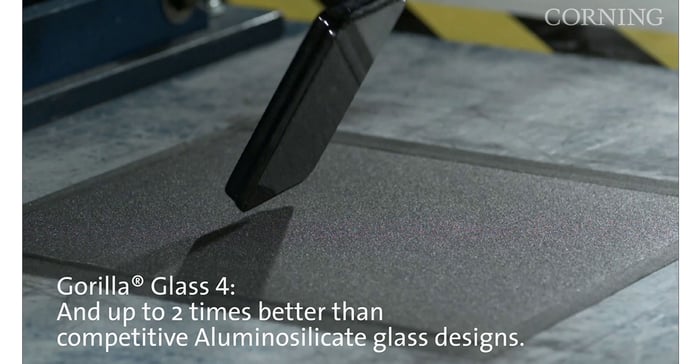 Can the company afford these buybacks and dividends?

A look at Corning's earnings for the past three years help us give context to the affordability of the company's capital allocation plan.

Corning discloses a non-GAAP metric for investors that management refers to as core earnings. It is worth understanding this number in the context of 2016, when the company received a one-time $2.7 billion boost to earnings due to a strategic realignment of Corning's ownership interest in Dow Corning. Core earnings are the earnings contributed by each of Corning's five business segments adjusted to exclude currency changes associated with the Japanese yen and the Korean won, gains or losses from currency hedging, discrete tax items, restructuring charges, certain litigation-related expenses, pension mark-to-market adjustments, and other items which do not reflect ongoing operating results of the company. The purpose of the metric is to give investors a better view of how the operating businesses are performing.

Corning has 928 million shares outstanding and projects an annual dividend of $0.62 this year. A total dividend payout of $575 million would easily be covered by core earnings of $1.705 billion, which the company earned in 2016. Although the company does not provide full-year guidance, it is fair to assume, from management's comments at the end of Q4, that 2017 will be a year of growth for the company. The $2 billion opportunistic share buyback could come from somewhere other than conventional earnings. The company has stated that it may raise debt in order to cover some portion of the buyback.

The company exited 2016 with $5.291 billion in cash and cash equivalents and $3.646 billion in long-term debt as well as $2.805 billion in other liabilities which consists of among other things a deficit of $662 million in its retirement program.

The company had previously stated that it may borrow money to help fund the share repurchases. and it appears that will happen in the next 12 months or so. Speaking at the Goldman Sachs Technology and Internet Conference on Feb. 14, CFO Tony Tripeni said the company felt that with its steady cash flow it could support taking on additional debt.

Is taking on debt for a buyback smart?

Corning, like many companies, keeps a portion of its cash in foreign countries. At the end of 2016 the company had $3.29 billion in cash and cash equivalents outside the United States. As long as the company keeps the money offshore, it is only liable for foreign taxes, but if the company wants to spend it on, say, buybacks, it would have to "repatriate" it to the U.S. and it would be subject to what is now a tax of approximately 35%.

The company said in its annual report that "we have sufficient U.S. liquidity, including borrowing capacity, to fund foreseeable U.S. cash needs without requiring the repatriation of foreign cash."

If, however, there is a change in corporate tax policy that lowers the repatriation tax -- as many hope will happen under the Trump administration -- that may affect how the company thinks about its foreign cash and it could bring that money back to the United States, pay a  (lower) repatriation tax, and use it for buybacks, which could override the need for debt.

If no change in tax policy occurs and Corning decides to borrow to finance buybacks, taking on more debt would be a reasonable thing to do if earnings can service the interest payment for the additional debt load. Last year, the company paid $184 million in interest and ended the year with $3.646 billion in long-term debt. The company had $995 million in normalized earnings last year and so it should be able to support additional debt.

In light of the fact the company has cash sitting overseas, I am not concerned about the tactic of raising more debt to return capital to shareholders. In a low-interest-rate environment it is common for companies to raise debt against offshore cash knowing the worst-case scenario is the company has to repatriate the cash, pay the taxes, and then pay down the debt. Even better is the prospect of a repatriation tax holiday, in which case the money can be brought back onshore at a lower tax rate and used for debt repayment.

Is the dividend and buyback plan safe?

It would appear that the company has a reasonable plan to run its business and spend what is necessary to keep coming up with innovative products to meet customers' needs. In addition, the patient investor gets to collect a reasonable dividend (the stock is yielding 2.24% at recent prices) and benefit from share repurchases going forward. If the company continues to grow as it has in the recent past, stock price appreciation should follow.

The key focus management needs to have is on the ongoing results of Corning's operating businesses. These businesses will tell the tale as to whether the company can support both its dividend as well as its share buyback program. Investors should keep in mind that the company's board of directors sets the dividend on a quarterly basis and is not required to execute the share buyback authorization. This gives the company the flexibility to modify plans based on market conditions and ongoing business results.

Based on the information we have as of today the dividend looks to be quite safe and management's most recent comments would lead us to believe the buybacks will be executed as well.