Warren Buffett is arguably the greatest investor of our time, and that makes knowing what stocks he's buying for Berkshire Hathaway (NYSE:BRK.A)(NYSE:BRK.B) must-know news. In the fourth quarter, Buffett added a bunch of Apple Inc. (NASDAQ:AAPL) and Delta Air Lines (NYSE:DAL) to his portfolio, and recently, he told CNBC that he's spent about $20 billion of Berkshire Hathaway's cash stockpile buying these and other stocks since "a little before the election." He also revealed that his position in both Apple and airline stocks is bigger now than it was in December.

Profits by the bushel

After consumers opted to hold off on upgrading their iPhones, Apple shares stumbled early in 2016, and that proved to be the perfect opportunity for Berkshire Hathaway portfolio managers Todd Combs and Ted Weschler to pick up shares of the electronics giant at a discount. 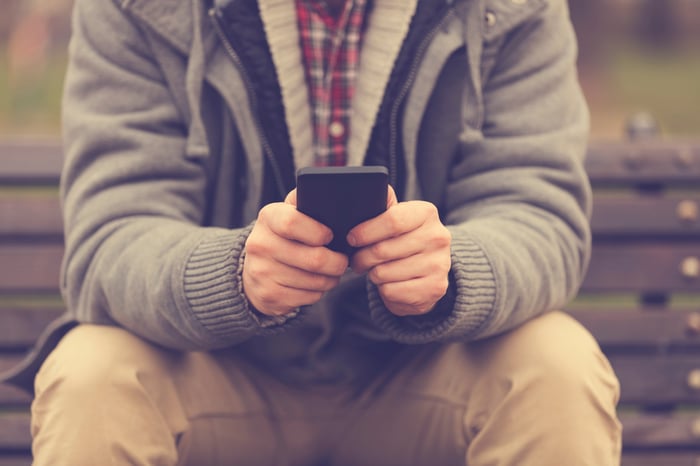 Berkshire Hathaway invested $1 billion in Apple stock in the first quarter of 2016 -- a fairly modest stake for a portfolio with $150 billion under management. However, that stake climbed significantly throughout the remainder of the year, and exiting December, Berkshire Hathaway's Apple position was worth about $7.7 billion, making it Buffett's sixth biggest individual stock position.

This week, Buffett appeared on CNBC to discuss Berkshire Hathaway's performance last year, and in his conversation, he let it slip that his interest in Apple continued into this year. Although Apple was already a big holding entering this year, Buffett says he now owns 133 million shares in Apple, making it his second biggest holding.

Apple's shares have rallied sharply since they first showed up in Buffett's portfolio, so it's safe to assume that Berkshire Hathaway is sitting on a nice gain on Apple's stock. He reminded CNBC viewers he could sell at any point, but I think there's reason to think he'll hold on to his Apple position for a while.

Last quarter, iPhone, Mac, Apple Watch, and services sales all reached record highs, and as a result, Apple's revenue and profit finished 2016 on a high note. Revenue in its fiscal first quarter was a record $78.4 billion, up from $75.9 billion last year, and earnings per share were $3.36, up from $3.28 a year ago. Apple's management is guiding investors to expect between $51.5 billion and $53.5 billion in sales this quarter, up between 1.7% and 5.7% year over year.

With operating cash flow of $27 billion allowing management to return $15 billion to investors last year through share buybacks and dividend payments, and business humming along nicely, it wouldn't be surprising if Apple returns even more money to investors this year.

When it comes to rewarding investors with market-beating returns, airlines have a rocky history. However, an industrywide restructuring a few years ago is boosting profit, and that's making airlines some of the market's top performers. If the U.S. economy continues to strengthen, then fuller flights will help keep prices firm, and investments in fuel-efficient airplanes will drop even more money to the bottom line. 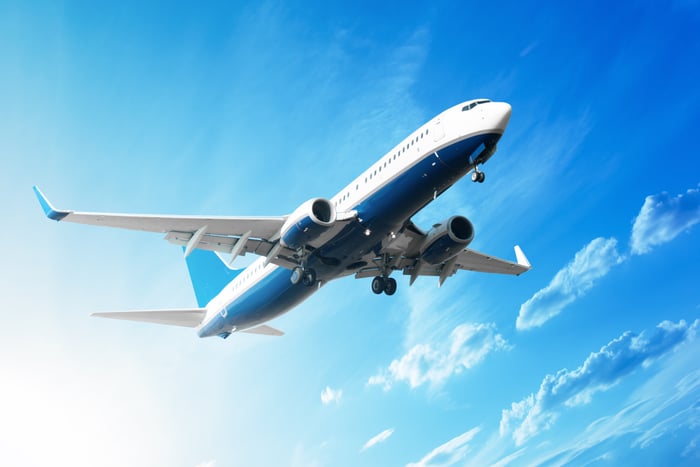 In the past, Buffett has said that one way to become a millionaire is to start out as a billionaire and then invest in an airline. He doesn't seem to believe that anymore. Over the past six months, he's invested billions of Berkshire Hathaway's cash into the stock of the country's largest airline operators.

Although he didn't say exactly what airlines he's adding more to in 2017, he didn't deny that he's continuing to increase his bet on the industry. When he was asked if he's spending more money on Apple and airlines this year, he said that was a "good guess."

Clearly, he thinks airline stocks are going to go up, not down, and with unemployment low and incomes rising, it's not a stretch to to think that airlines like Delta will continue to fill seats. If so, these companies could reward investors with bigger profits and, in turn, higher dividend payments.

Currently, Delta Air Lines' dividend payout ratio -- or the percentage of earnings paid to shareholders in dividends -- is less than 12%. American Airlines and Southwest's ratios are even lower. That's pretty low when you consider that other big companies are paying out far more to investors. For example, General Electric's payout ratio is 75%.

With Warren Buffett owning a big and potentially growing position in airlines, and an opportunity for investors to pocket bigger dividend payments, it might be time to buy stock in these companies.