Please ensure Javascript is enabled for purposes of website accessibility
Log In Help Join The Motley Fool
Free Article Join Over 1 Million Premium Members And Get More In-Depth Stock Guidance and Research
By Bradley Seth McNew - Mar 7, 2017 at 11:36AM

The company will certainly face some challenges to its future growth, but the bull case remains intact.

Match Group (MTCH), the parent company for major dating services such as Match.com and Tinder, among others, has seen volatile trading since the company went public in Nov. 2015. Though the stock is up nearly 40% from the original offer price, recent earnings announcements have been followed by mixed reactions, most recently after the fourth quarter and full-year earnings release on Feb. 1. Those results disappointed investors, pushing the stock 7% lower for the month.

Here's a look at what has investors most concerned and where the company can continue growing going forward.

A year of volatility

For full-year 2016, Match Group reported sales of $1.22 billion, up nearly 20% year over year. The company has guided for sales growth of 23% to 28% this year, which looks great on the surface but failed to meet market expectations. Earnings per share of $0.68 came in just short of the prior year result. 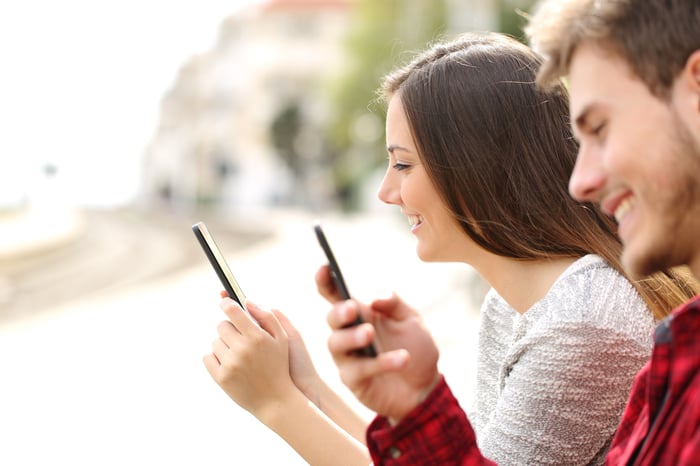 Despite gaining over 20% on its first day of trading, the stock went on to suffer a gradual decline in the ensuing weeks, falling to almost $9 per share before enjoying a more bullish run that took the stock to all-time highs above $19. Unfortunately, the latest results have been insufficient to fuel its high valuation. 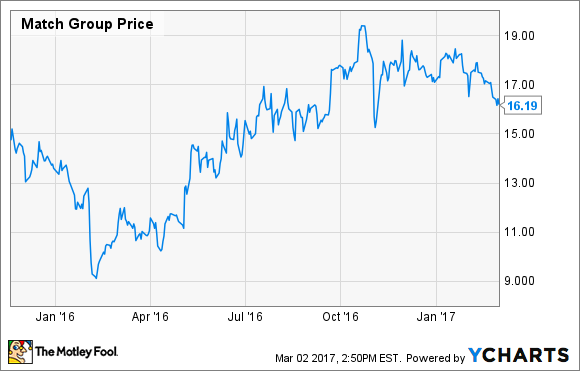 Why investors are worried

The biggest concern at Match Group is slowing revenue growth. With the analyst consensus for top line growth at 38% for 2017, management guidance was less than inspiring. Average revenue per paying user was also flat for the year -- not as much of a concern so long as the total user base maintains its upward trajectory, but having that additional lever to drive top line gains would have helped to ease market concerns.

The company relies heavily on one platform to drive the bulk of its near-term growth: Tinder. With new dating services pouring into the market, Tinder has little breathing room to maintain its appeal and competitive edge as it has remained the one Match Group property with the proven track record of delivering the high growth investors want to see.

Looking ahead to new opportunities

Despite these concerns, Tinder still looks appears to have plenty of upside as it powers growth at the company. The popular dating app launched paid memberships in 2015, and the fourth quarter saw member counts double year over year. And at just 1.7 million paid users currently, that is just a small fraction of the estimated 50 million-plus total users in this space, meaning there is plenty of room for the service to expand going forward. 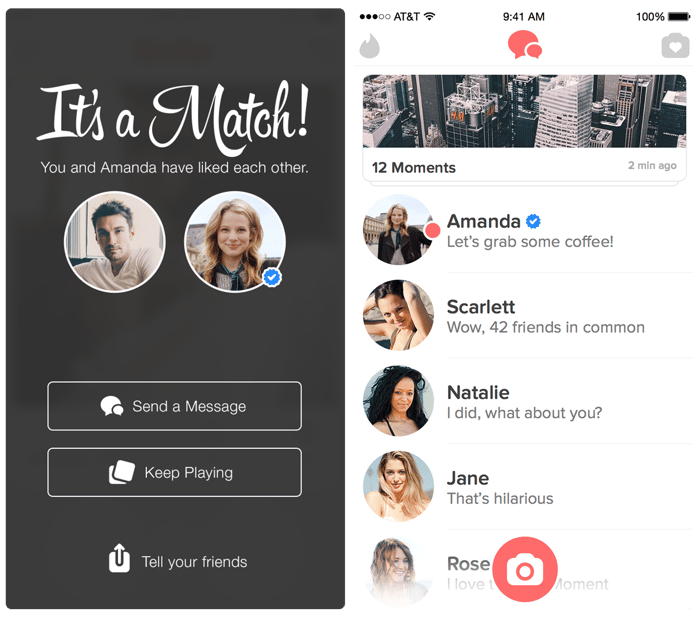 Match Group is also expanding abroad. While the company still generated about two-thirds of total sales in North America in its latest quarter, the international segment grew sales 37% year over year. The company continues to make strategic acquisitions for new dating platforms worldwide, in addition to spreading the reach of its current offerings, which together will help its international segment drive higher total earnings in the years to come.

Finally, there is the diverse portfolio of other properties that Match Group owns -- 47 in total -- that could eventually expand within their own niches, or that could make for attractive divestitures that would increase available resources investments or other acquisitions. The company announced in the latest earnings that it would be selling its non-dating property, The Princeton Review, so it can focus on its core business.

So is Match Group a buy? The company certainly faces some challenges in this highly competitive space, but network effects serve as an effect moat. Put simply, people will continue to use a platform that has the most users, because that is where they have the best chance of finding a suitable date or partner. As a result, it becomes more difficult for rival platforms to swoop in and steal market share.

Combine that with widening operating margins, growing cash flow, and a large addressable market, Match Group is positioned well to continue delivering gains as it capitalizes on opportunities both at home and abroad.